Another analyst ups his recommendation on the stock.

Editas Medicine (EDIT -2.52%) got a spoonful of good medicine on Monday that gave its shares a healthy lift; ultimately, the stock closed the day more than 4.4% higher.

That boost was delivered by Truist Securities biotech analyst Joon Lee. On Monday morning, he upgraded his recommendation on Editas stock to buy from the previous hold. He also substantially increased his price target from $45 per share to $80. 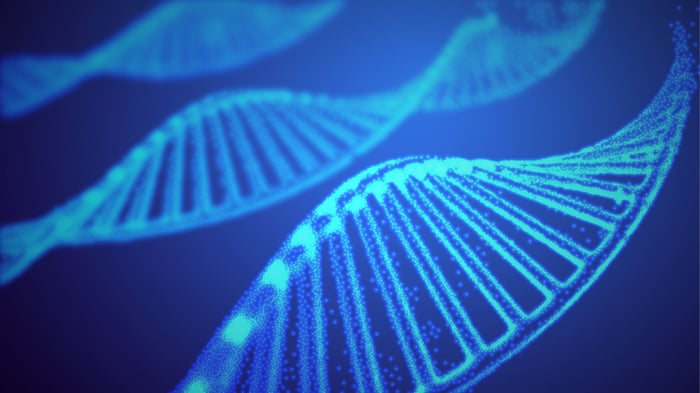 Lee's new bullishness on the company, which utilizes gene-editing technology to develop medications, is due to several positive factors. First, he believes Editas's leading pipeline drug EDIT-101 (which is aimed at treating Leber congenital amaurosis, an eye disorder) "could show signs of efficacy" when the company publishes the first data from an early-phase clinical trial. This is slated to occur in September.

Second, the prognosticator is also enthusiastic about gene-editing intellectual property that Editas licenses, which has recently been the subject of a legal dispute that is lately tipping in favor of licenser the Broad Institute. Finally, in his research note, Lee touted the company's "scarcity value as a relatively unencumbered CRISPR-Cas platform company making [it] attractive as a potential partner or a target."

The Truist Securities analyst isn't the only Editas observer entering the bull pen for the stock. Last week, Evercore ISI's Liisa Bayko upped her recommendation and price target on the shares even more drastically. She flipped the former from underperform (i.e., sell) to outperform (buy), tripling the latter from $20 per share to $60.