The EV battery is just the latest in a long line of meme stocks.

Shares of Microvast (MVST 1.06%) were running 10% higher heading into noontime trading Monday as the maker of electric vehicle batteries continues to be the subject of bullish posts on the r/WallStreetBets subreddit.

Microvast stock lit up last week after President Biden's Rose Garden speech saying he wanted half of all cars sold in the U.S. in 2030 to be electric. That was followed by more upbeat internet chatroom chatter, which pushed the stock 28% higher over the past week.

A WSB post on Reddit Friday touted Microvast's "solid partnerships" and "competitive advantage" over its peers. That got traders picking up its shares, causing the stock to rise. 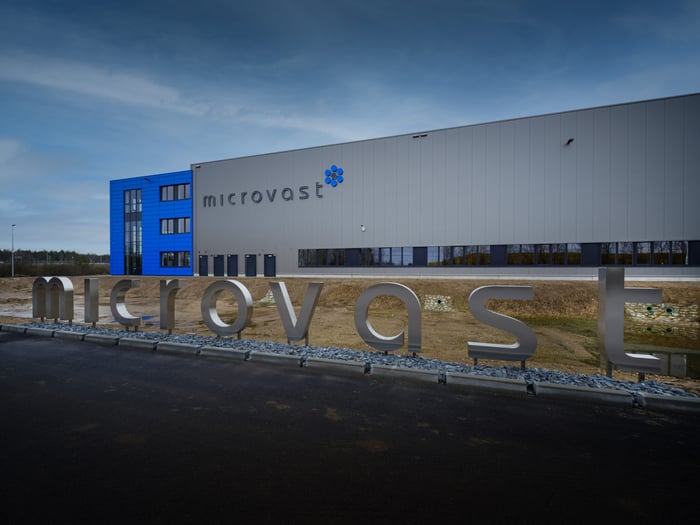 Microvast went public through a merger with special purpose acquisition company (SPAC) Tuscan Holdings and began trading on the NASDAQ exchange two weeks ago, ending its first day down almost 13% to $8.74 per share. The stock is up 46% since then, but as a newly minted meme stock, this EV battery maker is likely to be exceptionally volatile.

Why Microvast Was Tumbling Today
358%