The cruise-ship operator looks to return to a greater sense of normalcy.

Shares of Carnival (CCL -1.19%) (CUK -1.73%) were running 2.7% higher in morning trading Tuesday on no news directly impacting its business. But there's a general growing sense that the cruise-ship operator is returning to normal.

Carnival's premier Cunard brand announced its luxury cruise liner, the Queen Elizabeth, would be returning to the high seas on Friday after being dead in the water for 17 months. It will initially put its oars in the water for a series of voyages around the U.K. before resuming international cruises in October. 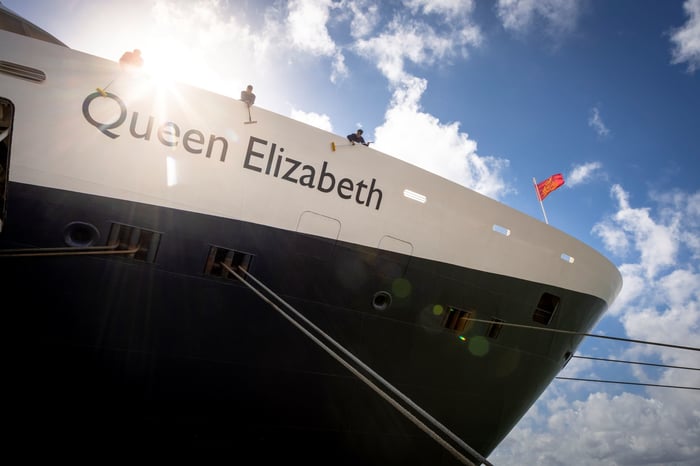 Here in the U.S., however, the state of Florida announced yesterday it would challenge a federal judge's ruling striking down its ban on requiring so-called "vaccine passports" of passengers. Norwegian Cruise Line (NCLH -0.62%) had challenged the law, saying it interfered with its ability to ensure the health and safety of its passengers, but Florida contends the law's intention is to prohibit discrimination based upon a person's private health information.

Cruise-ship operators, including Carnival, got a boost when the federal judge struck down the ban.

Shares of Carnival are trading 26% below the highs they hit back in June when the company first began preparing for a resumption of sailing activity. The spread of coronavirus variants has put a damper on investor enthusiasm, but at least one analyst thinks Carnival's discounted stock price makes it a "great entry point" for investors. Citigroup analyst James Ainley highlighted the improved earnings of cruise-ship operators as one reason why Carnival is a buy.