Two factors sent the steel stock flying, and the rally may have just started.

Nucor is a cyclical and predictable stock, so a rally this big in one day's time is a pretty rare feat and can only be triggered by some really big news. Today, indeed, was one such day for Nucor as not one, but two massive developments sent the stock flying through the roof.

As early as June, I picked Nucor as one of the best stocks to buy under President Joe Biden in anticipation of a bipartisan agreement on his ambitious infrastructure bill. Today, the Senate finally passed a $1 trillion infrastructure bill after months of negotiations, proving how both political parties were on the same page when it comes to the dire need to rebuild America's infrastructure.

Infrastructure legislation is now closer to reality than ever, and even before it's signed, today's bipartisan agreement has already put Nucor on to the next growth track. The reason is simple: The infrastructure bill proposes to spend billions of dollars on roads, bridges, rail lines, ports and waterways, airports, and so forth. Steel is indispensable in the construction of most of these infrastructure assets, and Nucor is already the largest and most diversified steel producer in the U.S. 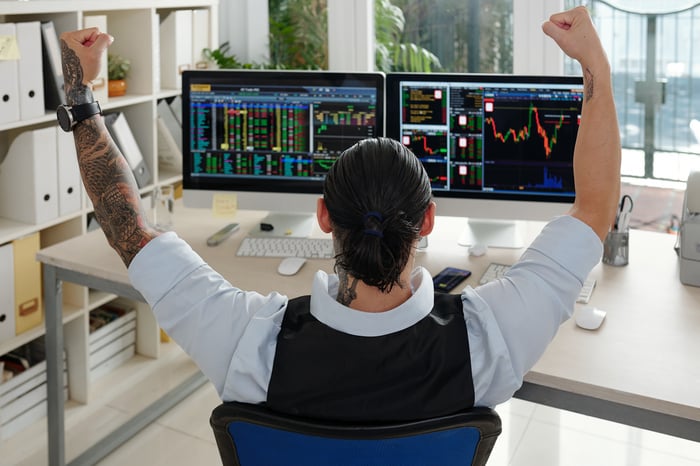 To gauge the kind of opportunities ahead for Nucor, consider that even though spending under the bill is yet to take off, Nucor has reported two straight quarters of record earnings. In its second quarter, for example, the company reported 25% growth in sales and earned $5.04 per share, its highest ever.

That brings us to the second (and biggest) reason why Nucor shares are jumping: higher steel prices. The price of U.S. hot-rolled coil (HRC), for example, crossed $1,900 per short ton on Aug. 10 to hit an all-time high. U.S. HRC price has jumped more than fourfold in just the past year.

As expected, elevated steel prices also caught analysts' attention, with several turning bullish about the steel industry in recent weeks. In July, for example, Deutsche Bank raised its price target on Nucor to $100 per share from $75 per share, driven by strong HRC prices that seem to be showing no signs of decreasing.

Even if steel prices were to cool down a bit after their recent rally, Nucor's growth is not likely to stop given the huge potential demand for steel as the spending on and pace of construction activity picks up. Nucor is on track to a record year, and with the stock already paying higher dividends year after year for 48 consecutive years, there's every reason for investors in this Dividend Aristocrat to stay excited.