I wouldn't pop the bubbly just yet after seeing this company's earnings report.

We've all heard the old saying, "Everyone loves a parade." What investors haven't heard -- though they would be wise to learn -- is this fuel-cell focused bit of wisdom: The market loves when Plug Power (PLUG -1.77%) provides a modicum of good news. Since the company reported Q2 2021 earnings last Thursday, shares of Plug Power have soared more than 12%.

But I'm not buying it. While the company beat analysts' revenue expectations and had some encouraging things to report, there were some points of concern in the quarter that bulls seem to be overlooking. 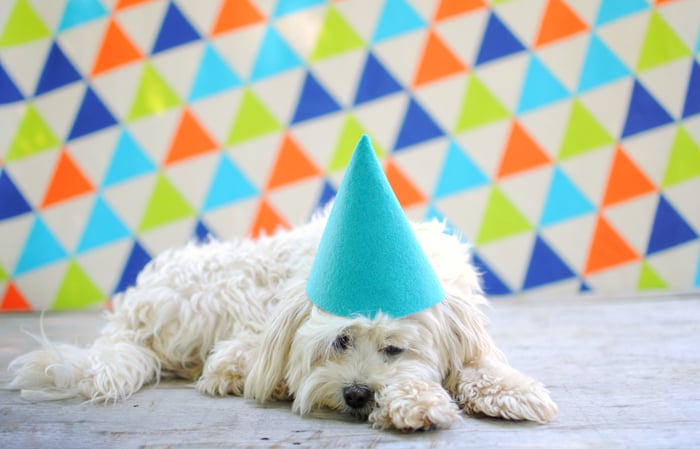 The fuel behind the bulls' ebullience

Exceeding analysts' expectations of $114 million, Plug Power reported revenue of $124.6 million in the second quarter. While some investors may have raced to pick up shares simply because the company trumped analysts' estimates, others may have been moved to act based on the company's superior year-over-year performance. Plug Power shipped 3,666 GenDrive units, a 37% year-over-year increase, and deployed 16 hydrogen infrastructure systems, as opposed to the four it delivered during the same period last year, in Q2 2021.

It wasn't only the previous quarter that stoked investors' enthusiasm; it was the look ahead. During the Q2 2021 conference call, CEO Andy Marsh raised the company's gross billings (revenue before the removal of provisions for common stock warrants) forecast to $500 million from the previous forecast of $475 million that had been provided on the Q1 2021 conference call.

Why investors want to think twice before getting charged up

Plug Power -- more than many stocks -- has a fervent following, and many investors' emotions run high with regards to the fuel cell company. And when emotions run high, one of the common traps that we (as humans, not just as investors) fall victim to is confirmation bias. While bulls may have recognized the revenue beat as an auspicious sign, they should also have paid equal attention to the company's failing in meeting earnings estimates. Falling short of analysts' $0.03 loss per share that analysts were expecting, Plug Power reported EPS of negative $0.18.

Turning from the income statement to the cash flow statement, investors should also note the company's cash outflow. In the second quarter, Plug Power reported negative $129.5 million in cash from operations. Take into account the $117 million that it burned in the first quarter, and Plug Power has used $246.6 million in cash from operating activities through the first half of 2021 -- a decline from the $112 million that it used during the same period last year.

Reading through the company's earnings report, investors will find that the company stressed the force majeure event with one of its hydrogen suppliers as a major strain on its finances, representing costs of about $35 million. In all likelihood, events such as these (that preclude a company from fulfilling the terms of its contract for reasons outside of its control) will not be a perennial problem that consistently plague the company.

But rising expenses also affected the company in other ways. It reported operating expenses of $49 million in the quarter, representing an 86% year-over-year increase -- something that's not so easy to pass off as a result of the force majeure with the hydrogen supplier. While bulls have heralded the company's successes for years, profitability is consistently elusive, and the company's rising operating expenses lead me to question management's ability to reign in costs.

In terms of the balance sheet, Plug Power is sitting on a pile of cash; it ended the last quarter with $3.2 billion in cash and cash equivalents. Unlike in the past, Plug Power's cash outflow doesn't mean that it will have to raise capital through issuing debt or equity to keep the lights on. Nonetheless, the company's consistent inability to generate cash organically is certainly something that potential investors should be cognizant of as they consider whether or not to pick up shares.

Plug Power enthusiasts may have chalked this quarter up as a success, but I'd think twice about that conclusion. The company continues to report a loss and burn through its cash despite growing revenue at an impressive clip. Those who have been swept up in the fervor around the stock should take a step back and recognize that while there's tremendous potential among renewable energy stocks, there's no guarantee that Plug Power will be one of the winners. Thus, it should only remain on the radars of investors with ample tolerances for risk.