The downturn might be viewed as a buying opportunity, but with a merger pending, there's also the question of whether Discovery or its merger partner AT&T (NYSE:T) will add more spark to your portfolio in the interim. Some indicators point to AT&T being the better deal before the combined company created from the melding of Discovery and AT&T's subsidiary WarnerMedia arrives next year.

WarnerMedia and Discovery could be a winning combination

AT&T and Discovery are involved in a major deal intended to transform the operations of both companies. AT&T is spinning off its subsidiary WarnerMedia, which will merge with Discovery to form a new company. Closing in mid-2022, the deal will create an as-yet unnamed new business entity. AT&T will benefit by spinning off a media subsidiary outside its normal wheelhouse, enabling fresh focus on its competitive strengths, while Discovery stands to gain a huge library of content to boost its stagnating fortunes, which will likely open a new chapter of growth and success. 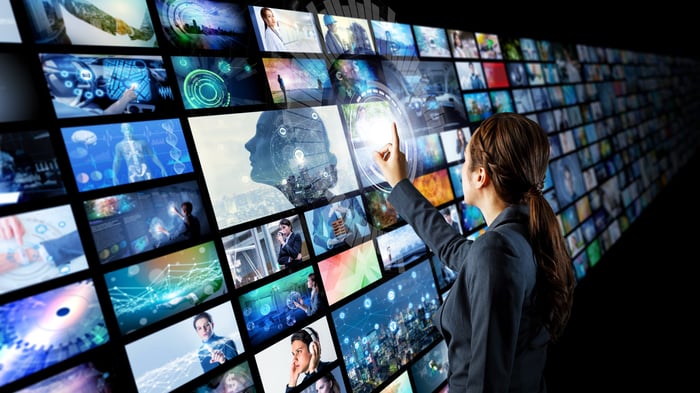 The merger could herald the arrival of a significant new player in the streaming movie and media arena, challenging such current titans as Disney and Netflix. WarnerMedia's immense holdings of content will give the new entity around 200,000 hours of video to offer customers. Warner brings the content as well as robust studio production facilities for producing new material, while Discovery has the network infrastructure to offer that library across 220 countries and in 50 languages.

Financially, overlapping operations will let the new entity pare expenses by $3 billion or more. For 2023, the first full year of operations after the expected 2022 closing, the entity is projected to generate $53 billion in revenue, along with strong cash flow. More than $15 billion of its revenue is expected to come from the direct-to-consumer, or DTC, segment, which means streaming content and similar subscription services in the same highly popular growth sector as Netflix and Disney.

The one significant handicap to the new, combined company is a massive chunk of debt it will inherit. The company will come into being with a whopping (approximately) $58 billion in debt, with $15 billion coming from Discovery and the balance from AT&T and WarnerMedia. Some calculations put net debt as high as $65 billion.

Overall, the metrics paint a bullish picture of the future awaiting the combined Discovery and WarnerMedia, but if you're interested in getting in on the ground floor right now, is it better to invest in Discovery or AT&T, both of which are contributing to the deal?

Why AT&T could be a better stock for now

AT&T could be a better choice for your portfolio before the 2022 closing, as a way to establish a stake in the new entity. Share prices are nearly equal between AT&T and Discovery, both closing in the upper $20s on the day of Discovery's earnings report. It might not seem to make a difference which company's stock you invest in, but there are at least three reasons AT&T is probably the superior pick.

1. You'll still get a stake in the new company

AT&T shareholders will get 71% of the new entity's common stock shares, while also retaining their existing AT&T holdings. Discovery shareholders may gain a higher share count in the new company, but AT&T shareholders will obtain a stake while keeping their existing AT&T shares. This will effectively give them shares in two companies at no extra cost above what they paid for their AT&T stock, while Discovery investors will have holdings in only one company after the deal closes.

2. AT&T will pay dividends in the meantime

With Discovery's shares and AT&T's shares priced within a dollar or two of each other, another factor making AT&T more attractive in the lead-up to the spinoff and merger is its dividend. Discovery stock doesn't pay dividends at all, while AT&T stock is a Dividend Aristocrat whose dividend, which has grown consistently for 37 years, has a forward yield of 7.38%, 62.95% payout ratio, 1.72% growth rate over the past decade, and an annual payout of $2.08. 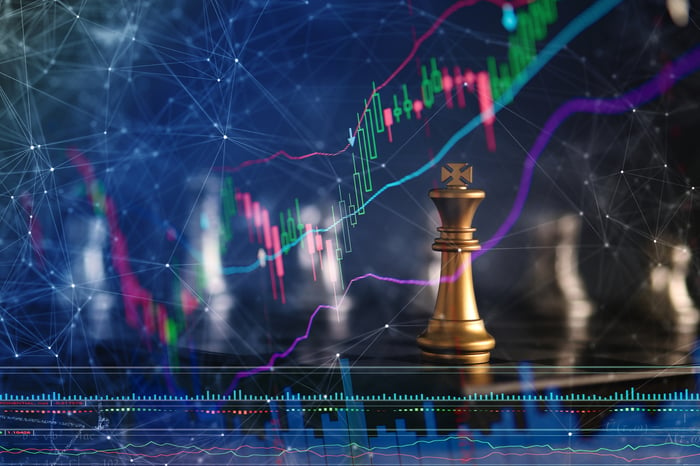 Spinning off WarnerMedia will reduce AT&T's dividend. In the companies' joint presentation about the merger, AT&T says it is targeting a post-spinoff 40% to 43% dividend payout ratio on expected free cash flow of approximately $20 billion. This will result in about $8 billion in annual payouts, or roughly $1.11 per share rather than the current $2.08.

This may be moot, however, in choosing which company to invest in. The deal is expected to close in mid-2022, meaning investors who buy in now will get approximately a full year of AT&T's current dividend before the merger, versus getting no dividend at all if they choose to invest in the Discovery side of the deal. After the merger, AT&T investors will continue receiving dividends, albeit smaller ones.

Even after the reduction, AT&T apparently intends to make its dividend a priority, with CEO John Stankey responding to criticism by stating in a Barron's interview that the "reset dividend will still be incredibly attractive relative to other dividend opportunities" and "I would expect it will still be in the 95th percentile of dividend yields."

AT&T will also slash its net debt by $43 billion and reduce its leverage to 2.6 times when the deal goes through, leaving it with a leaner, more efficient operation on which to build future gains.

3. If the deal falls through, AT&T still has some advantages

The merger will need to survive regulatory scrutiny before it is finalized. While it's likely to be approved, a chance remains it will be blocked completely or in part as anti-competitive. In this event, it is arguably better to be left holding AT&T shares than Discovery shares. Discovery's future success depends, in large measure, on gaining access to WarnerMedia's content, while AT&T will continue its plans to focus strongly on its areas of telecommunications expertise and build on its advantages there regardless.

In short, Discovery needs the deal more than AT&T, and AT&T is far more likely to thrive long-term if the merger hits a permanent regulatory roadblock. Holders of AT&T stock will also continue to receive its full dividend in that case, with no "dividend reset."

AT&T offers the potential to collect a year of excellent dividends, receive shares in the new joint Discovery-WarnerMedia entity while retaining stock in AT&T, and keep shares in a profitable, dividend-paying company if the merger fails, versus Discovery's zero dividends and overall uncertainty. For Fools investing in communication stocks or streaming service stocks who are interested in buying into the Discovery and WarnerMedia merger now, AT&T looks like the win-win choice for multiple reasons.