When Array Technologies (NASDAQ:ARRY) released its second-quarter report after the bell yesterday, the initial reaction was for shares to drop almost double digits. That was because the company announced it was raising up to $500 million in new capital. But investors reversed course today, with shares jumping 11% above Wednesday's closing price as of 2:50 p.m. EDT.

It shouldn't have taken much good news for the stock to move up. Prior to today's move, Array shares were down 65% year to date. Most of that came after its first-quarter earnings report, when the company pulled guidance, saying input costs -- especially steel -- were rising so quickly that the company couldn't predict if projects were going to be profitable. But yesterday's second-quarter update showed that the business is getting back on track. 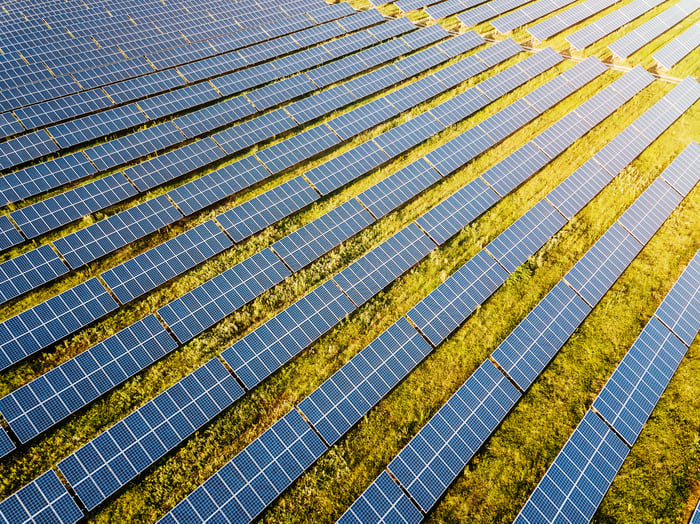 Array said it now has supply agreements that provide it fixed expenses for 85% of its input costs through the balance of the year, including virtually all of its steel requirements. For the longer term, the company said it has changed its practices to "significantly reduce any gap between the time when we agree on price with our customers and when we contract for materials and components from our suppliers."

It also said it entered an agreement with The Blackstone Group's Blackstone Energy Partners private equity fund for up to $500 million in preferred stock sales. Array says the capital will be used "to support our internal and external growth plans." The company will pay a dividend rate of 5.75% on the shares, which it said in its conference call with investors is lower than what it would pay to raise bond financing currently.

Array is confident that the transition to renewable energy will continue to accelerate and its business has a promising long-term future. After the fall in its shares so far this year, investors seem to think that potential is worth buying into at these levels.