One analyst sounds the alarm bells for memory chip stocks.

Shares of Micron Technology (MU -0.60%) were down 6.4% at 9:50 a.m. EDT on Thursday after Morgan Stanley analyst Joseph Moore downgraded the stock to equal weight and cut his price target by $30 to $75.

The stock has outperformed the Nasdaq Composite index over the last year, up 46%. 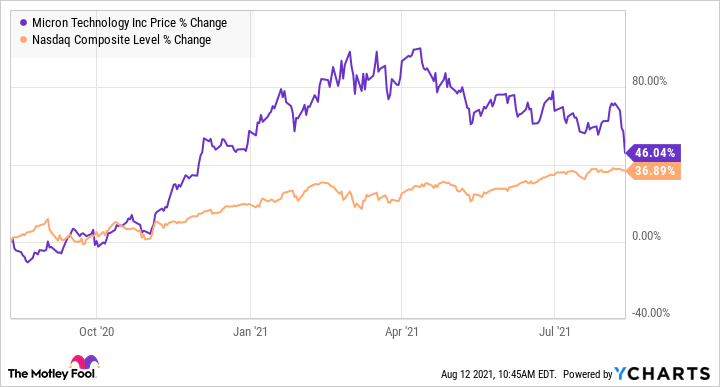 Moore sees a weak environment coming for the global memory chip sector, particularly with respect to the market for dynamic random access memory (DRAM) chips, which comprised 73% of the company's revenue in the recent third quarter. Micron is one of the top suppliers of DRAM and NAND memory chips used in a range of markets, including enterprise, consumer PCs, mobile, and cloud servers.

The downgrade is surprising, given that management sees demand trends continuing to outstrip supply in the near term, which would be favorable for memory chip prices and revenue growth.

During the KeyBanc Capital Markets Future of Technology conference on Aug. 10, Micron's CFO David Zinsner said that "inventory at suppliers is very low." He added: "In fact, probably our days of inventory as we exit this quarter is going to be probably the lowest we've seen in some time. So that's, if anything, a challenge for us to meet demand."

The main area of weakness Zinsner cited was on the consumer side, which can be attributed to seasonal changes in demand with people spending more on travel and summer-related activities, while spending less on electronics. 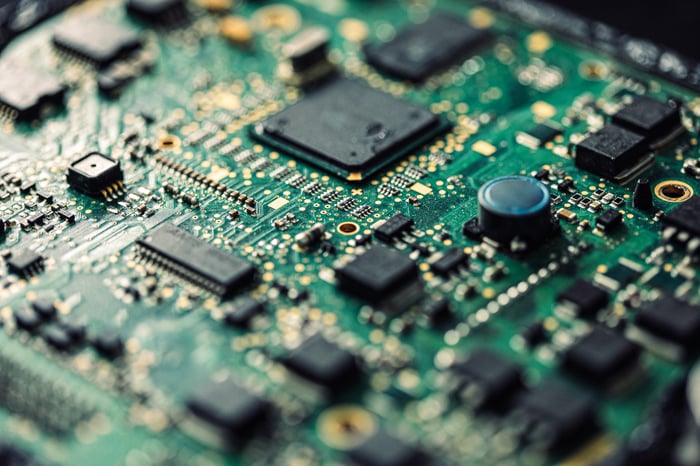 Moore's downgrade seems to be a pre-emptive call to time the peak of the current memory pricing cycle, which has been trending up given the supply shortages hurting the semiconductor industry, including memory chips.

It's generally best to buy shares of Micron when supply is high and demand is weak, which tends to coincide with a lower share price. With the supply/demand situation tight right now, and Micron's stock up 46% over the last year, there's an argument to be made that this is not the ideal time to invest in Micron.

Still, management sees the return to the office in the near term as a catalyst for higher demand from enterprises. Most analysts are bullish on the stock, with full-year revenue expected to increase by 29% for fiscal 2021 (which ends in August), before rising 33% next year.