Please ensure Javascript is enabled for purposes of website accessibility
Log In Help Join The Motley Fool
Free Article Join Over 1 Million Premium Members And Get More In-Depth Stock Guidance and Research
By Neil Patel – Aug 13, 2021 at 9:37AM

Whether rising prices are transitory or here to stay, these companies will protect your portfolio.

As the world slowly opens back up and the economic engine starts roaring again, worries about rising inflation are on investors' minds. The best course of action is to position your portfolio so that increasing costs have minimal, or no, effect on your stocks at all.

This manifests itself in pricing power, something investing great Warren Buffett thinks is the best attribute any business can have. Read on to learn about three no-brainer stocks you should consider if you're seriously concerned about inflation. 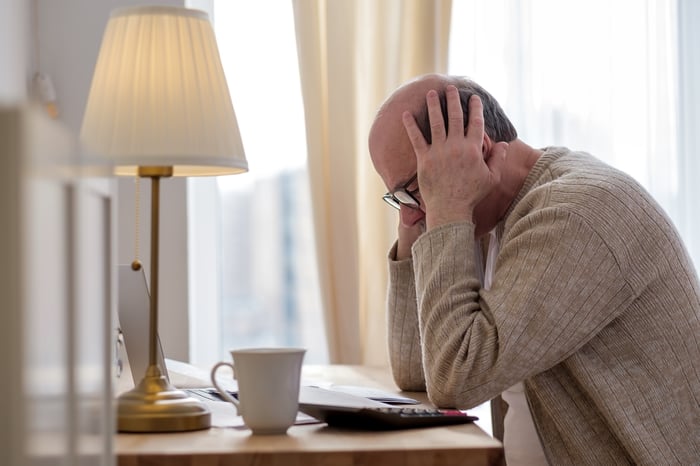 The trailblazer of the fast-casual movement, Chipotle Mexican Grill (CMG 0.42%), is a leading restaurant stock, with shares up 60% over the last year. This is not a fluke. The company consistently offers its customers more value than what they pay for, which clearly rewards shareholders.

In June, Chipotle raised its average hourly rate for store employees to $15 an hour, and subsequently hiked menu prices by up to 4%. The business also cited higher industry-wide ingredient costs as another reason for the price increases. And so far, customers have had no complaints.

"Let's see how the menu price continues to be accepted by customers, so far, really, really good, really seeing no resistance whatsoever," CFO Jack Hartung mentioned on the earnings call when replying to an analyst question. This should come as a surprise to no one. For $7.75, I can get a chicken burrito bowl that I know will satisfy my hunger better than more expensive meals offered by fast food and fast-casual competitors.

You're probably wondering how a company so intensely focused on maintaining low prices makes the list. It's Costco Wholesale's (COST -0.15%) valuable memberships that are the real star, giving the warehouse retailer a powerful lever to pull during inflationary times.

Costco currently charges $60 per year for its Gold Star Everyday Value membership. That's a small price to pay in order to gain access to a wide selection of low price items. And the pandemic only bolstered Costco's exceptional value proposition.

Earlier this year, Costco announced that starting wages in the U.S. will jump to $16 an hour, making this an opportune time to hike annual membership fees. The last two times fees went up were in 2011 and 2017, so it could realistically happen within the next year or so.

But still, the number of memberships have increased unaffected over time. Costco has 60.6 million member households today, up from 48.6 million four years earlier. The warehouse club operator has only become more central to consumers' lives over the past 18 months, further boosting its ability to lift prices and protect against inflation.

With the ability to spend massive amounts on content to the tune of $17 billion this year, Netflix (NFLX -2.04%) benefits as the first mover in a now crowded streaming ecosystem. But this is exactly why it's a solid addition to your portfolio if you're worried about inflation.

For just $13.99 a month (U.S. standard plan), I instantly gain access to a content catalog worth $27.3 billion. Sure, the monthly fee is higher than many other streaming services, but Netflix has one of the best libraries around, attracting Oscar nominations like it's nobody's business.

The constant focus on product improvement and user experience is why management has no issue increasing prices. "Then we have the ability to go back and occasionally ask some of those members to pay a little bit more to keep that virtuous cycle going," Chief Product Officer Greg Peters said when discussing Netflix's value to consumers.

Netflix is notorious for frequent price increases, the most recent happening last October. But members understand and appreciate what they're getting in return. In the first quarter of this year, engagement and churn actually improved from the prior-year period, highlighting no adverse effect from the higher bill.

Chipotle, Costco, and Netflix are all companies that arguably give customers more value than the prices they ask. If you're worried that the inflation we're seeing in the economy is here to stay, then you should seriously consider buying these three stocks.

Neil Patel has no position in any of the stocks mentioned. The Motley Fool owns shares of and recommends Chipotle Mexican Grill, Costco Wholesale, and Netflix. The Motley Fool has a disclosure policy.