One analyst initiated coverage on the stock with an unhesitant buy recommendation.

Hyzon Motors (HYZN -5.76%), a maker of next-generation heavy vehicles, saw a nice share price lift of over 7% on Friday. This was due to a new and rather bullish research report on the company.

Friday morning, Wedbush Securities initiated coverage on Hyzon. Analyst Daniel Ives feels that the industrial stock has significant upside potential, and he's recommending it as an outperform (buy) with a price target of $10 per share. That level is a rich 43% above the closing price of the shares on Thursday. 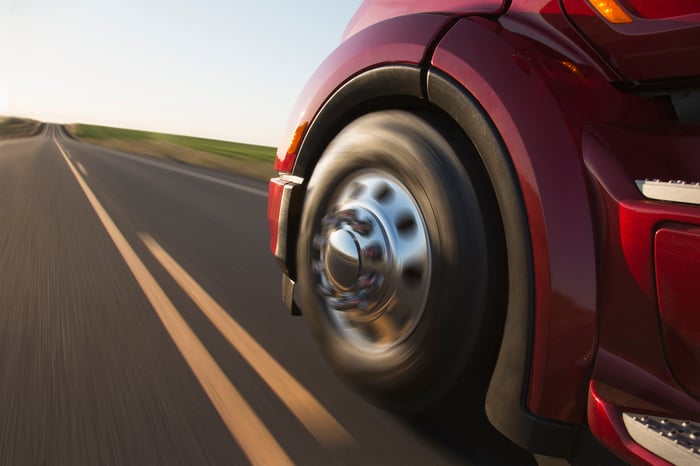 Ives' opinion can be considered a buy on weakness. On Wednesday, Hyzon published its Q2 earnings revealing that it posted a net loss of $9.4 million. As a pre-revenue company it does not yet have sales.

The combination of a seven-figure shortfall and $0 in revenue probably drove investors away from the stock, even though both numbers were hardly unexpected for the still early-stage company. Obviously, Ives' optimistic projections are bringing some investors back.

At the moment, Hyzon only has a factory in Europe, but it's currently building two plants in the U.S. that should launch operations within months.