Please ensure Javascript is enabled for purposes of website accessibility
Log In Help Join The Motley Fool
Free Article Join Over 1 Million Premium Members And Get More In-Depth Stock Guidance and Research
By Adam Levine-Weinberg – Aug 17, 2021 at 7:18AM

The airline is steadily expanding its aircraft order book to meet demand.

During 2021, the West Coast airline has become more confident about its long-term recovery trajectory. As a result, Alaska just exercised options for additional jet orders for the second time this year.

In the second quarter, Alaska Airlines' revenue nearly doubled sequentially to $1.53 billion. Passenger demand improved rapidly over the course of the quarter. By June, the airline's adjusted pre-tax margin had recovered to a solid 14%.

For the full quarter, Alaska posted a small adjusted net loss of $38 million. But including the benefit of government payroll support grants, it earned $397 million and generated $840 million of cash from operations. This allowed the company to end the quarter with nearly $4 billion of cash and investments, compared with $4.7 billion of debt and lease liabilities. 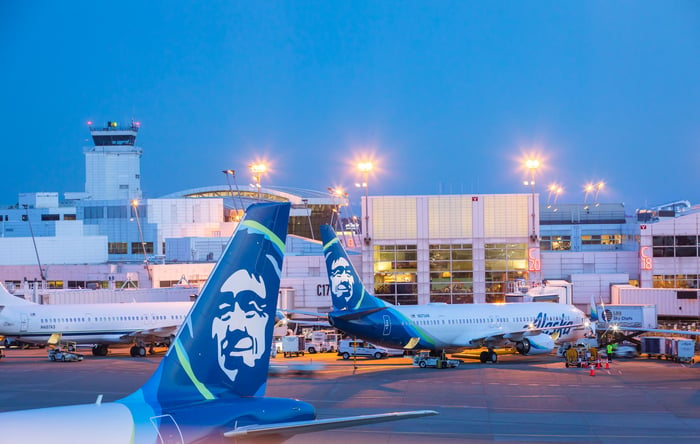 Alaska Air's third-quarter guidance implied that the airline would record a double-digit pre-tax margin this quarter. While the recent surge of COVID-19 cases associated with the Delta variant may cause Alaska to miss its forecast, it should be comfortably profitable. That would be an impressive achievement given that the pandemic isn't over yet, and it bodes well for a full recovery within a couple of years.

Even after expanding its Boeing 737 MAX order book last year, Alaska Air ended 2020 without enough orders to support a full recovery by 2023. Prior to the pandemic, the low-fare airline had planned to end 2020 with 246 jets in its mainline fleet. By contrast, its fleet plan entering 2021 called for just 232 mainline aircraft at the end of 2022 and no fleet growth in 2023.

In May, Alaska exercised options for 13 more Boeing 737 MAX 9s, with nine to be delivered in 2023 and the rest in 2024. That put it in better position to restore capacity over the next two years. That said, this still would have left the carrier with just 241 mainline aircraft exiting 2023, i.e., smaller than it had initially intended to be at the end of 2020.

Not surprisingly, Alaska Airlines recently exercised another 12 737 MAX 9 options. Boeing will deliver 10 of the incremental orders in 2023 and the other two in 2024. This would expand Alaska's mainline fleet to 251 aircraft by the end of 2023, all else equal. Interestingly, the airline now has 18 firm orders for 2024, which could support significant fleet growth in that year. 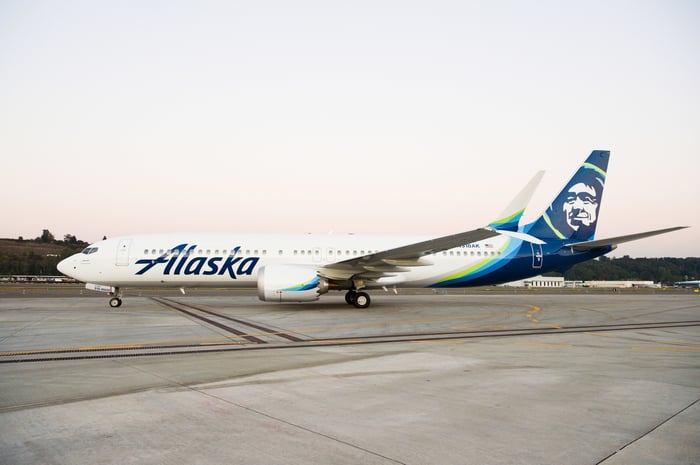 In conjunction with its recent order, Alaska secured 25 additional 737 MAX options to replenish the ones it has exercised this year. It can exercise those options for deliveries between 2023 and 2026.

Good for both sides

In the near term, investors must brace for volatility in air travel demand. Nevertheless, it has become clear this year that the pandemic created a huge backlog of pent-up demand that will drive a strong rebound for airlines as people become more comfortable with traveling.

Alaska's recent aircraft orders will position it to capitalize on that demand recovery over the next few years. Moreover, the Boeing 737 MAX 9 has much lower unit costs than the planes Alaska Airlines is retiring. That will help the airline emerge from the pandemic with higher margins than it recorded in 2018 and 2019.

As for Boeing, the options Alaska has exercised in 2021 won't go far toward offsetting all of the orders canceled by struggling airlines over the past two years. Still, it's a start -- and Alaska's willingness to take over 30 deliveries annually in 2022 and 2023 will buy Boeing time to line up more customers.