The deal expands the cloud stock's business in a number of ways.

The cloud-based low-code software company reported a 24% increase in overall revenue to $83 million, ahead of estimates at $79.1 million. Cloud-based subscription revenue -- the part of the business the company is most focused on -- jumped 44% to $42.5 million, its fastest growth in that category in several quarters.

On the bottom line, the company's adjusted loss per share expanded from $0.12 to $0.24, which was just shy of estimates at $0.23, as Appian stepped up investments in sales and marketing and other corporate expenses.

However, the biggest news of the quarter wasn't the results but the company's acquisition of a process mining company, Lana Labs, a Berlin-based company founded in 2016 that has fewer than 100 employees. It's a cloud-native company that has been recognized by analysts for ease of use and customer satisfaction, and management called its revenue "negligible" on the call. 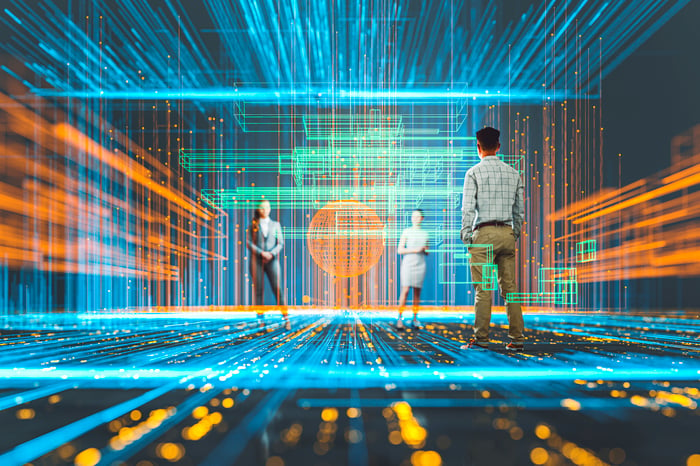 What is process mining?

Process mining may be unknown to most investors, but it's a fast-growing field that's projected to grow 42% annually through 2028 to $6.9 billion, as businesses adopt the technology to unlock greater efficiencies in operations and workflows.

On the earnings call, CEO Matt Calkins said that process mining "is a technology that examines usage logs to discover what work people are actually doing and see the patterns in that work and find processes that have not yet been automated."

In other words, process mining is a natural complement to Appian's core business, which helps businesses automate workflows and rapidly deploy applications through low-code software and robotics process automation. In an interview with The Motley Fool, Calkins explained that process mining acts as a diagnostic tool that lets business know what areas need improvement, and the company's other products like low-code software and robotics process automation give it the tools to make those improvements. Calkins called the move into diagnostics "a true break from the history of the company" as it extends its focus workflows to diagnostics.

Historically, Appian has avoided making acquisitions. Calkins prefers to grow the company organically and sees its shares as a high-value asset that he's reluctant to spend. The decision to purchase Lana Labs came not because of Lana's customers, revenue, or market impact, but because of its technology. Calkins believes this approach to mergers and acquisitions differentiates the company from enterprises that may be making acquisitions to please Wall Street, gain publicity, or do something new.

He said his top priority in acquisitions is "creating value," adding, "I'm looking for technology that will fit well with ours, that shares the values that should have high quality, and is written by good people who will stick around and fit in with our culture."

Lana Labs won't have an immediate impact on the company's financials, and the acquisition is more of an investment project for now as the company plans to spend $3 million integrating Lana, but it will add significantly to the product offering and long-term potential. Appian has only one product, and adding value to that product is a smart way to increase customer retention, expand with existing customers, and attract new ones. With Lana's technology, Appian's goal is to show customers that process mining is not a stand-alone market but one that dovetails well with low-code and robotics process automation.

Additionally, the acquisitions should strengthen Appian's relationship with its partners as it gives them a new line of business to consult on, and some of its top partners like KPMG and PwC already have Lana practices.

Low-code software, which allows businesses to deploy apps with little or no code, took a big step forward during the pandemic, and Appian is laying the groundwork for a more comprehensive company that can be an end-to-end solution for accelerating workflows and optimizing efficiencies.

In an era of digital transformation, the Lana deal makes what already seemed like a promising growth path for the cloud stock an even longer one.

Appian Just Took Another Step to a $2 Billion Award
358%