For these businesses, interest-related expenses account for a significant portion of revenue.

It was recently suggested that the Federal Reserve could raise interest rates as early as 2023. That's earlier than previous projections, which suggested rate hikes wouldn't happen until 2024. And if the economy is doing better than expected, it wouldn't be surprising to see that timeline get moved up again. Either way, investors should consider the impact interest rates may have on their holdings; high interest costs could chip away at a company's bottom line and make it difficult to grow.

Two stocks that could be particularly vulnerable as interest rates rise are Hexo (HEXO 8.24%) and AMC Entertainment Holdings (AMC). Interest costs already eat up a significant portion of their revenue, and an increase in the rates could make things even worse. 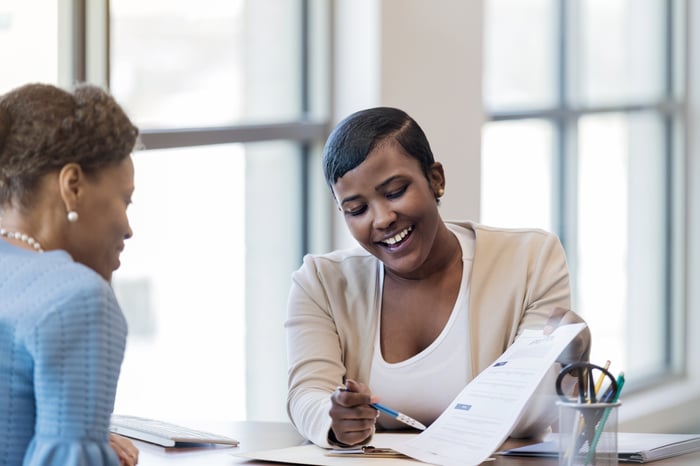 In Canada, interest rate hikes could happen as early as next year, which makes high interest costs particularly worrisome for pot companies based in that country -- including Hexo. Over the past 12 months, the company has incurred interest and financing-related expenses of 11 million Canadian dollars, roughly 10% of the CA$112 million in revenue it generated during that time.

Although the company has brought down its debt level over the past year, from CA$76 million to CA$32 million, that could change as the business looks to get bigger. Hexo has its sights set on being one of the top cannabis companies in Canada, and acquisitions are on its agenda. This year, the company has already acquired three Canadian marijuana producers that will help it grow market share in the country: Zenabis, 48North, and Redecan. Hexo's business is undergoing significant changes, which could lead to some growing pains and rising costs in the near term.

The company might need to take on more debt to fund its aggressive growth (including another potential acquisition). Its largest deal this year, for Redecan, was funded through a mix of CA$525 million in shares and CA$400 million in cash. With Hexo burning through cash in each of the past four quarters, and interest costs potentially rising in the future, it's inevitable that it will need to raise money -- it's only a matter of when.

Whether it's raising cash via stock or debt, neither is an attractive option for investors, as they mean potentially worsening financials, dilution, or both. With a bumpy ride ahead as it looks to capture more market share, Hexo is a pot stock I'd definitely avoid. It could be awhile before the company becomes cash flow positive or turns a profit; its net losses over the past 12 months have totaled CA$214 million.

AMC has benefited from its meme-stock popularity this year, making it easier for the movie theater operator to raise more cash. Over the trailing 12 months, the company has brought in more than $2 billion through stock raises. And while its strong cash balance, also around $2 billion, gives the company plenty of safety, it too is looking at some aggressive growth strategies. CEO Adam Aron told CNBC that the cash hoard is "the biggest we've ever had to play with," as the business looks to get into upgrading theaters, adding more content, and adding the ability for consumers to pay with cryptocurrency before the end of the year.

To his credit, Aron knows how to cater to the retail investors who have helped his company's stock soar more than 1,400% this year (the S&P 500 is up just 19%). Growth investing, including in cryptocurrency, is certainly an area of interest for young investors. But this is a company that has more than $11 billion in non-current liabilities (including $5 billion in long-term debt), and the balance sheet needs attention.

Unfortunately, "play" is not a word that suggests the CEO is going to make paying down debt a serious priority, even though it should be -- AMC currently has negative equity, with its non-current liabilities alone nearly worth more than all of its assets. Interest expenses over the past 12 months have totaled $445 million -- more than half of its revenue during that time. And over that period, the company has burned through $1.3 billion in cash from just its operating activities. Investing more into the theater business at a time when COVID-19 cases are rising and concerns about the economy are resurfacing may put the company in a worse position overall.

With management looking to deploy what seems to be an aggressive growth strategy, my concern is that AMC becomes an even riskier investment than it was before the meme hype gave the stock some new life. Despite the temptation to jump on this bandwagon, investors should steer clear of AMC; its management may be throwing away a golden opportunity to improve its financials, and this could seriously hurt the business in the long run.