Please ensure Javascript is enabled for purposes of website accessibility
Log In Help Join The Motley Fool
Free Article Join Over 1 Million Premium Members And Get More In-Depth Stock Guidance and Research
By Jamal Carnette, CFA – Aug 18, 2021 at 5:52AM

After avoiding tech for years, the world's most famous value investor has been converted by these three companies.

As the world's foremost value investor, Warren Buffett isn't known for his holdings in the technology industry. At one point Buffett noted he avoided tech altogether because he didn't understand the industry well enough.

Who says you can't teach an old billionaire new tricks? The key to being a great investor is an ability to change your mind to fit current conditions and a willingness to learn. In recent years, Berkshire Hathaway's investment portfolio has increasingly added tech stocks as Buffett and his portfolio managers adjust to the new economy. 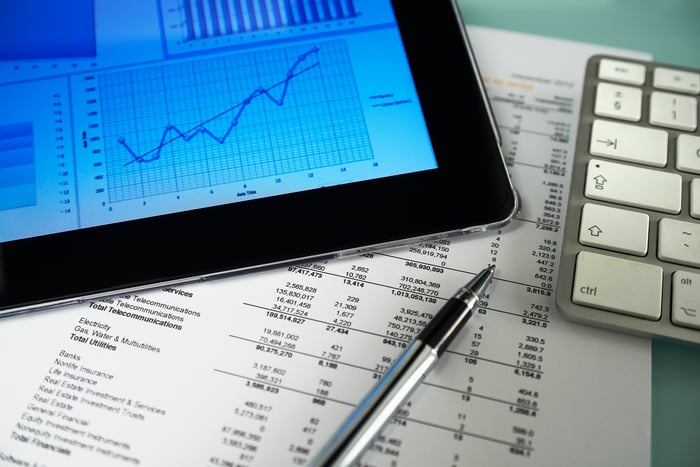 Apple broke the mold for Berkshire

There was no company more instrumental in helping Buffett get over his aversion to tech than Apple (AAPL -2.12%). Berkshire took a modest position of around $1 billion in the smartphone maker during 2016 and continued to opportunistically buy shares. By year end 2020, Berkshire owned more than 5% of the company, a value worth $120 billion.

It might be difficult to believe due to the company's massive $2.5 trillion market capitalization, but Apple continues to be a growth juggernaut. Apple beat analyst expectations in its latest quarterly results, growing revenue 36%, while revenue attributable to the flagship iPhone jumped 50%. Shockingly, investors weren't impressed, and the stock sold off slightly due to commentary that chip shortages will impact iPhone sales next quarter.

While device sales are important, the next phase of growth will come more from higher-margin subscriptions and services. CEO Tim Cook has been aggressive in finding ways to monetize the billion-plus iPhone users. Despite having an annual top line approaching $275 billion, the long-term growth story for Apple remains intact.

Although Amazon (AMZN -1.63%) has been one of the best performing mega-cap stocks over the last decade, it took a little while for Berkshire to see the light.

In response, Buffett displayed his famous self-deprecating wit when he called himself an "idiot" for not buying Amazon earlier while making it clear he did not direct the buy. Berkshire came around quickly and now owns a $1.8 billion stake in the e-commerce giant.

Amazon has been a strong performer for Berkshire. Last year shares exploded during the pandemic, advancing 76%. This year has been more difficult for shareholders as shares are barely above water. Amazon stock reacted harshly after the latest earnings report after the company issued third-quarter revenue guidance lighter than what many analysts were expecting.

However, year-over-year growth comparisons were always going to be difficult for Amazon as last-year's pandemic lockdowns boosted demand for e-commerce. Despite that, there are reasons to be hopeful of the company's path forward as higher-margin segments like advertising, third-party seller services, and AWS continue to post strong growth rates.

Snowflake is a surprising Berkshire company

Buffett has been upfront with his love of value investing and has often discussed his antipathy to investing in IPOs. That's why Berkshire's stake in data warehousing tech company Snowflake (SNOW -3.20%) at its IPO price was such a headscratcher. At one point, Snowflake traded for nearly 200 times trailing 12-month sales, a price-to-sales ratio that made it one of the most expensive large-cap tech stocks in the entire market.

Although it might have been an against-the-grain purchase, it's been a solid investment for Berkshire. Snowflake stock has increased 140% since its September 2020 IPO, making Berkshire's position worth $1.8 billion.

Snowflake's valuation has improved due to a 30% stock pullback from recent highs and a strong first quarter where revenue increased 110%. However, the company still trades at 115 times sales, a figure significantly higher than the average value stock. As a mere point of comparison, Berkshire Hathaway's sales multiple is 1.8.

However, there are reasons to believe Snowflake is primed for further growth to continue narrowing its valuation multiples. Although cloud computing might seem ubiquitous in corporate america, many organizations remain in the early stages of adoption. The shift to cloud computing will boost Snowflake's revenue for years to come.

Additionally, Snowflake's user experience is sticky, which allows it to "land and expand." In short, once a company uses Snowflake's simplified, centralized cloud-based platform, it often continues to add services and usage as evidenced by Snowflake's massive 168% net revenue retention rate in the first quarter. Snowflake might initially be at odds with Berkshire's value-oriented portfolio but should provide the company decades of growth.