A multi-state operator and an unconventional pot stock are both hot buys after reporting second-quarter earnings.

With state cannabis legalization ramping up across the U.S. and chances of federal legalization improving, investors might not want to lose out on this evolving sector. And outstanding second-quarter earnings from these two pot stocks in particular are excellent examples of the sector's high growth and exciting upside.

Florida-based Trulieve Cannabis (TCNNF 7.61%) reported another great quarter with outstanding revenue growth and positive earnings before interest, tax, depreciation, and amortization (EBITDA). Meanwhile, marijuana REIT Innovative Industrial Properties (IIPR 2.61%) not only grew revenue, but also profits. Both are profitable companies expanding at a rapid rate to capture the cannabis market in the U.S. Let's dig into their second-quarter results and determine why they could be the best fit for your portfolio. 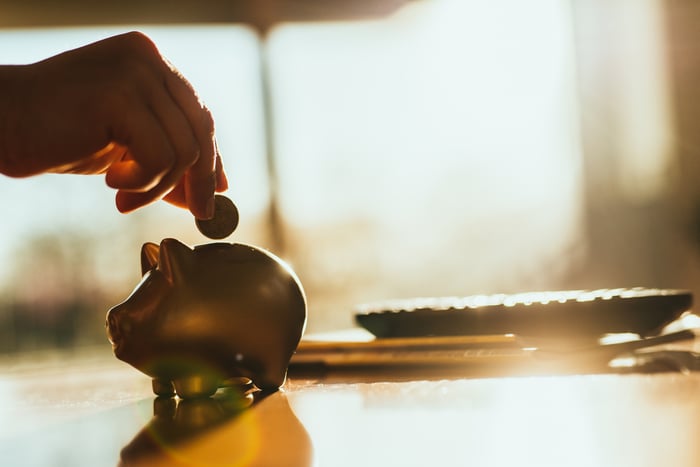 Trulieve Cannabis' Q2 turned out even better than Q1

The credit for Trulieve's consistent performance mostly goes to its dominance in its home state, where it operates 85 stores. Its total revenue grew 78% year over year to $215 million. Adjusted EBITDA came in at $95 million, a 55% jump from the prior-year quarter. The company also generated net profits of $41 million, a 116% year-over-year increase. Q2 marks the company's 14th consecutive quarter of profitability, which is impressive considering how its Canadian counterparts are struggling to generate profits.

For the six months ended June 30, the company has reached $409 million in revenue. If it continues to grow at this rate, I wouldn't be surprised if it ends 2021 with more than $1 billion. Note that these numbers don't include the revenue generated from the Harvest Health & Recreation acquisition (once it completes), so expect them to climb even higher. Trulieve's purchase of Arizona-based Harvest Health in May pushed its store count to a total of 140, and it now boasts 3 million square feet of cultivation capacity in the U.S. The move also gives Trulieve access to markets in Arizona (which recently legalized recreational cannabis), Pennsylvania, and Maryland.

Initially, investors were concerned with Trulieve's focus only on the Florida market; I was too. But a smart company knows to strengthen its roots first and then focus on expanding, and I applaud Trulieve for doing just that. The company used its capital resources well and continued generating profits first, without going on an acquisition spree. This made room for the Harvest acquisition to bolster Trulieve's presence in key cannabis markets across the nation. The company had cash and cash equivalents of $289 million and net debt of $118 million at the end of Q2.

The only concern I have is that most of its revenue generated during the quarter came from the sale of medical cannabis products (all that's currently legal in Florida). Trulieve will need to add focus on recreational revenue going forward. Markets in New York, Arizona, and New Jersey (which recently legalized recreational marijuana) present a tremendous opportunity for U.S. cannabis companies, but Trulieve has no stores in any of these states yet.

Analysts expect a 132% upside for Trulieve's stock in the next 12 months, which I think is possible looking at the rate the company is growing.

This REIT's stock popped after another strong quarter

Innovative Industrial Properties is not directly linked to cannabis, but management has taken good advantage of the marijuana boom in the U.S. Its business model, in which it acquires properties from medical cannabis companies and leases them back to the sellers, has worked wonders for both parties; because cannabis is illegal at the federal level in the U.S., access to capital can be hard for marijuana companies to find in other ways. Besides allowing investors indirect access to the industry, Innovative is also a real estate investment trust (or REIT), meaning it is mandated by law to pay 90% of its taxable income as dividends.

As expected, Innovative's second quarter showed another great performance, and its stock is up 10% since those results were released Aug. 5. In the quarter ended June 30, total revenue jumped 101% year over year to $49 million. (The company's main source of income is rental income paid by the cannabis companies.) Rising revenue also brought in another quarter of profits. Net income grew to $29 million from $13 million in the year-ago period, and adjusted funds from operations, or AFFO, surged by 105% to $43 million for the quarter.

For a REIT, AFFO plays the same role as net earnings do for a non-REIT, showing how much cash is available to be paid to shareholders as dividends. Rising AFFO is a good sign, meaning a business (in this case, Innovative) is capable of consistently paying dividends. The company paid a quarterly dividend of $1.40 per share on July 15, which was an increase of 6% from the first quarter and a 32% hike from the year-ago period. It marked the 11th dividend increase since its initial public offering in 2016.

Currently, the company owns 73 properties in 18 states totaling 6.8 million square feet of space; 100% of its properties are leased out by cannabis companies. Between April 1 and Aug. 4, the company made five acquisitions of new properties and three lease amendments for existing properties. Some of its tenants include popular cannabis players Cresco Labs, Trulieve Cannabis, Curaleaf Holdings, and Green Thumb Industries. These companies' expansion plans, and ever-expanding state legalization, lead me to believe Innovative will continue to grow.

If you want to create wealth by investing, you need to keep a long time frame in mind. Growth stocks need time to show their full potential, especially in a nascent industry like marijuana. Both Trulieve and Innovative have strong financials and can flourish as the industry expands. Risk-averse investors can start with a small investment in these high-growth pot stocks that have the potential to double their money five to 10 years down the line.

Sushree Mohanty has no position in any of the stocks mentioned. The Motley Fool owns shares of and recommends Cresco Labs Inc., Green Thumb Industries, Innovative Industrial Properties, and Trulieve Cannabis Corp. The Motley Fool has a disclosure policy.