Tesla recently hosted an Artificial Intelligence Day, a sequel to the Autonomy Day it held in 2019.

Last Thursday, Tesla (TSLA 0.08%) hosted its AI Day event. Elon Musk has branded these presentations as a recruiting opportunity, a way for the company to attract top talent in the field of artificial intelligence. But they also allow Tesla to showcase its technology, giving investors a glimpse of what the future will hold.

With that in mind, here are two of the most important takeaways from Tesla's AI Day. 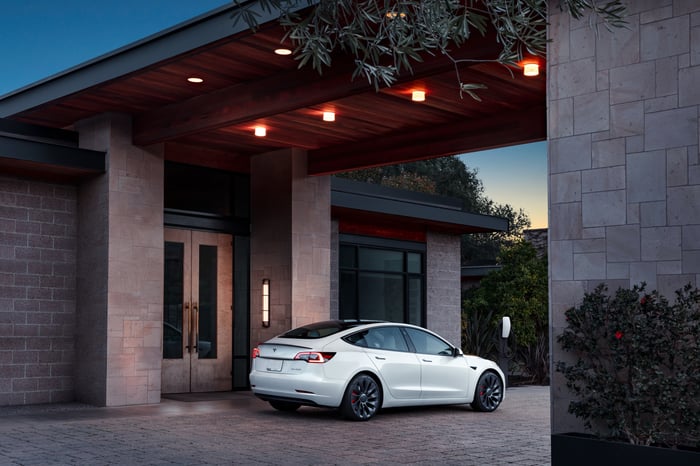 1. Tesla is more than an electric car company

Tesla is the world's leading manufacturer of electric vehicles (EVs), capturing 15.2% market share through the first half of 2021. But Tesla is not an EV company; it's an AI company that makes EVs.

Case in point: Tesla introduced the D1 chip last Thursday, the processor that will power its Dojo supercomputer. The D1 represents the second semiconductor designed internally by Tesla, following the in-car supercomputer released in 2019. At the time, Musk called that innovation "the best chip in the world." But this new technology is even more impressive.

Each D1 packs 362 teraflops (TFLOPs) of processing power, meaning it can perform 362 trillion floating-point operations per second. And Tesla combines 25 chips into a training tile and links 120 training tiles together across several server cabinets. I'll do the math for you: Each training tile clocks in at 9 petaflops, meaning Dojo will boast over 1 exaflop of computing power. Put another way, Dojo will be the most powerful AI training machine in the world.

Why does that matter? Artificial intelligence requires two things: Massive amounts of data, and a powerful computer that can use that data to train deep neural nets. With over 1 million autopilot-enabled EVs on the road, Tesla already has an edge over other automakers.

Now, with the introduction of an exascale supercomputer, which management says will be operational next year, Tesla has reinforced that advantage. In short, the company has more data and better technology, meaning it's miles ahead in the race to build a self-driving car. And autonomy is the future of the automotive industry. 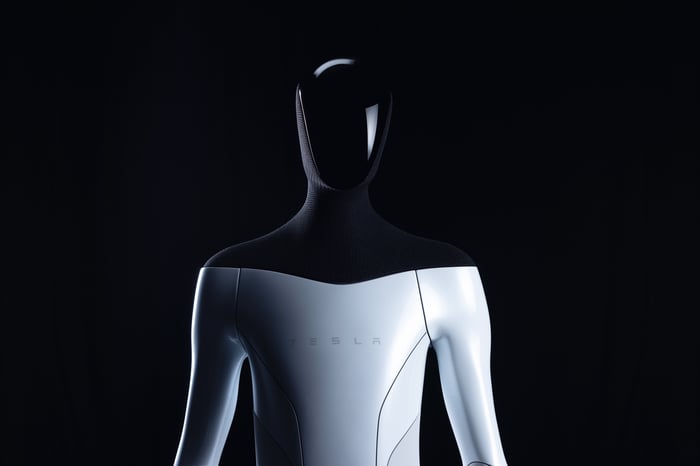 Near the end of the AI Day event, Tesla delivered some surprising news in a very dramatic fashion. After a dancer dressed like a robot briefly entertained the audience, Musk announced that Tesla is, in fact, working on an AI-powered humanoid robot.

The so-called Tesla Bot will weigh 125 pounds, walk up to 5 miles per hour, and will be 5-foot-8 tall. It will also be able to carry up to 45 pounds. According to Musk, the bot will eventually eliminate the need for humans to take part in boring, repetitive, and/or dangerous tasks. For example, Musk referenced sending the Tesla Bot to the grocery store.

No, this is not a gimmick. Given Tesla's expertise in artificial intelligence, the company is well-positioned to build an autonomous humanoid. That being said, investors shouldn't get too excited just yet. Musk mentioned that a prototype would be ready next year, but Tesla has a history of making over-ambitious promises. However, as an investor, I appreciate seeing an enthusiastic management team, and this is definitely something to watch in the coming years.