It would be helpful for investors to know how many of the connected-fitness leader's subscribers paused their subscriptions in the quarter, and to know more about a complaint alleging the company improperly collected some sales taxes.

Peloton Interactive (PTON 8.48%) is slated to report its results for the fourth quarter and full year of fiscal 2021 (which ended on June 30) after the market close on Thursday, Aug. 26. A conference call with analysts is scheduled for the same day at 5 p.m. EDT.

As I wrote in my earnings preview: "Many investors will probably be approaching the report from the leader in connected home exercise with a fair dose of caution. The company faced some headwinds in the quarter, primarily related to its treadmill safety issues and recalls, and its lapping of a year-ago quarter that got a big boost from the pandemic."

Wall Street is expecting quarterly revenue to grow a robust 52% year over year (and 41% organically) to $921.7 million. Analysts are also projecting an adjusted loss of $0.44 per share, compared to adjusted earnings per share of $0.27 in the year-ago period.

There are two topics that it would be helpful for investors to know more about, but it seems doubtful that any analyst will broach them on the earnings call. 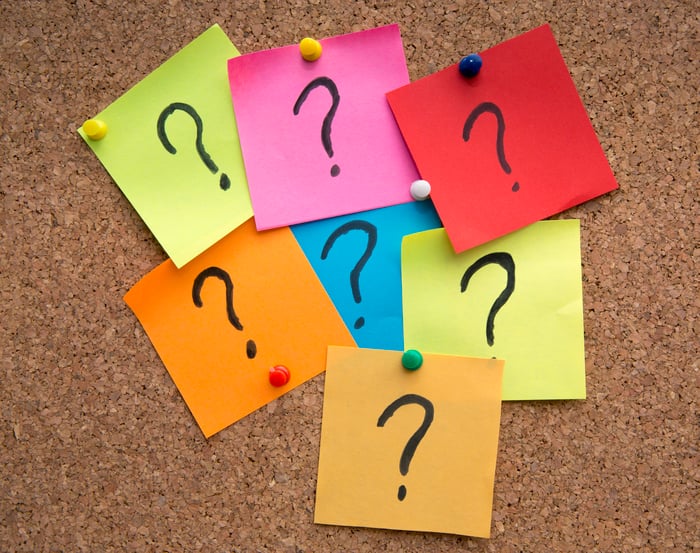 1. How many subscribers paused their subscription in the quarter?

First, let's give credit where credit is due: Peloton provides a solid number of statistics regarding its subscribers and their use of the company's streamed content.

It does a better job in this respect than, say, personalized online apparel retailer Stitch Fix. While the two companies operate in different industries within the consumer discretionary products sector, they both have a subscription-based business model. I've opined that Stitch Fix should provide a couple more key metrics, most notably a customer retention measure.

That said, what I'd like to know (and I'm sure there are investors who would, too) is what percentage of Peloton's total connected-fitness subscribers paused their subscription at some point during the quarter? How long, on average, did they pause their subscriptions? And how do these numbers stack up to the same metrics in the year-ago period and last quarter?

In its quarterly reports, Peloton provides its number of connected-fitness subscriptions and average monthly churn. However, these numbers don't take into account the users (or members, as Peloton calls them) who have paused their subscriptions. Members can pause their subscription for up to three months at a time.

To be clear: Peloton isn't doing anything wrong here. It makes sense to allow members to pause their subscriptions for a brief period while it still considers them subscribers because things come up: surgery, vacations, and so forth. But it would be helpful for investors to get some quantification around this pause option. How pause-related metrics are trending over time would probably be telling.

2. What's your response to the allegation that the company improperly charged sales tax in three states?

If an analyst asks the above question, management will probably say something like, "We don't comment on pending litigation." This is the standard response by companies to such questions.

But I think it would behoove Peloton to somehow address this topic because there's been a good amount of chatter about it in 2021 on sites such as Reddit. Consumer goods companies cannot afford to have disgruntled customers, as word of mouth is crucial for them. That's even more true in this age of social media.

Reuters' synopsis of the issue:

In a complaint filed on Thursday night [Aug. 12] in federal court in Manhattan, Brandon Skillern and Ryan Corken said Peloton should have treated its $39-a-month "All Access" and $12.99-a-month digital memberships as tax-exempt "digital goods" in the three states. They said Peloton has refused to reimburse them for the 6.3% or 8.9% "sales tax" it had collected before Jan. 1, when it changed its taxation practices. Millions of dollars nationwide may have been collected improperly, they said.

According to Avalara, a provider of transaction tax compliance solutions, as of December 2020, there were 17 U.S. states that "generally exempt digital goods and services" from sales tax, though some states had some specific exceptions to their overall policy. (Moreover, some cities also have a sales tax.) That said, these 17 states include the three states that were named in the Peloton complaint.

The Tread will be back on the market soon

Since my earnings preview was published, Peloton has shared some good news: On Tuesday, it announced that its new Peloton Tread will be available in the U.S., Canada, and the U.K. Aug. 30, and in Germany in the fall.

The Tread is the lower priced of the two treadmill models that Peloton recalled and paused selling in May. The company had some reports of its touchscreen loosening and, in some cases, detaching and falling. The new version of the Tread has upgraded safety features.

Peloton's Tuesday announcement didn't mention the status of the Tread+, the higher-end model that was linked to the death of one young child and dozens of reported injuries.

Beth McKenna has no position in any of the stocks mentioned. The Motley Fool owns shares of and recommends Avalara Inc, Peloton Interactive, and Stitch Fix. The Motley Fool has a disclosure policy.