Please ensure Javascript is enabled for purposes of website accessibility
Log In Help Join The Motley Fool
Free Article Join Over 1 Million Premium Members And Get More In-Depth Stock Guidance and Research
By Rachel Warren – Aug 26, 2021 at 8:39AM

These are two top companies you can buy and hold for the long haul to keep raking in portfolio returns.

As the market continues to get increasingly expensive, with stocks across all sectors jumping to loftier-than-usual valuations, some investors are getting antsy that the bottom might fall out sooner rather than later.

Long-term investors don't need to be afraid of market crashes, which are not just inescapable but actually fairly common, happening on average every few years or so. And while no one likes to see their portfolio plunge into the abyss, these downturns often present great investment opportunities to buy top stocks at super-cheap prices.

Whether another crash is about to happen is a matter of conjecture, but you should still make sure your portfolio is ready for whatever surprises the market may bring next. To that end, the following two stocks have what it takes to not only help your portfolio ride out another storm but continue delivering meaty returns for years to come. 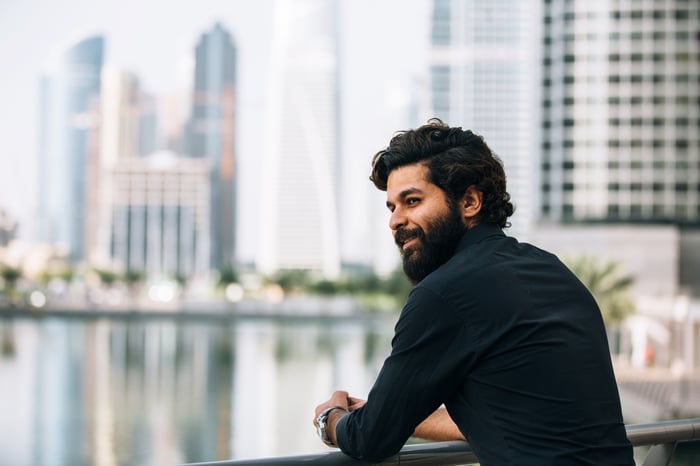 Fintech stock PayPal (PYPL -2.87%) has continued to deliver exceptional returns throughout the pandemic in the form of share-price appreciation. It's also built upon a strong track record of balance-sheet growth.

In PayPal's most recent report, for its second quarter ended June 30, management said the company had reached a whopping 403 million active accounts, 11.4 million of which were net new active accounts added during Q2. Its quarterly net revenue shot up 17% year over year, and operating income reached an even higher increase of 19%.

Alongside PayPal's continued rapid business growth, it has managed to build up a solid cash position. As of the end of the second quarter, PayPal reported cash, cash equivalents, and investments to the tune of more than $19 billion and a far lesser $9 billion in long-term debt.

Offering a range of services from allowing its customers to send and receive personal payments to acting as a one-stop shop solution for digital brands to collect payments from customers, PayPal is continuing to build upon its dominance in fintech and expand its user base of both individual consumers and businesses in an increasingly crowded industry.

The company controls a leading share of the fast-growing and highly lucrative payment processing market: As of 2020, its market share was well over 50%. And according to a report by Research Dive, the payment processing solutions market is on track to amass global revenues of roughly $177 billion as of the year 2027.

Shares of the company have popped 20% year to date and 640% over the trailing five-year period, and analysts estimate that the stock has a high upside potential of close to 40% at the time of this writing. It's still early enough for new investors to seize on PayPal's long-term upside potential, and now looks like a great time to buy this top stock.

The marijuana industry is another hot sector that long-term buy-and-hold investors can tap into for portfolio gains. I've said it before, but not all pot stocks are created equal, and the hype surrounding some of these companies isn't worth the price of admission.

That said, some marijuana stocks are not only reporting strong top-line growth but are also maintaining profitability and expanding their brand presence in this highly competitive industry. One of my favorites that fits the bill is multi-state operator Green Thumb Industries (GTBIF -1.17%).

The company owns a series of cannabis brands that sell everything from pre-rolls and edibles to skincare products. Green Thumb Industries also operates dispensaries located throughout the U.S., including in California, Illinois, Nevada, New Jersey, and New York, all states where marijuana is fully legal for medical and recreational use. The company is expanding its already long list of retail locations at an incredibly fast pace. In fact, earlier this month, management announced the opening of its 62nd retail location in the U.S.

In the second quarter of 2021, Green Thumb reported that its revenue rose by more than 85% from the year-ago period; over the first half of the year, it was even better, up more than 87% from the same time period in 2020.

Management also reported a positive bottom line for the fourth quarter in a row, generating total GAAP net income of $22 million during the three-month period. Green Thumb had about $482 million in current assets on its balance sheet at the end of the second quarter, notably eclipsing its total debt owed of roughly $198 million.

It isn't just Green Thumb Industries' balance sheet that's growing. Over the past year, shares of the company have surged by close to 100%. The stock is up about 17% from where it was in January, even though it still trades insanely cheaply at about $30 per share.

If you're on the hunt for a top marijuana stock that can sustain long-term portfolio growth, Green Thumb Industries is a no-brainer pick right now.