One characteristic that Roblox (RBLX -1.89%) and Airbnb (ABNB -5.47%) have in common is that they both generate "float." In other words, each collects money from customers weeks or months before it provides services. This is one of Warren Buffett's favorite traits in a business.

That could be for a few reasons. For instance, getting money in advance of performing services allows a business to invest in low-risk bonds that earn money it gets to keep.

Another benefit is that it lowers the risk of doing business. It's less risky to collect money upfront and then spend it to perform services or create products. The alternative would be to spend money to create a product or service that might not find a buyer. Or, if it is sold with payment coming at the end of a service, there is always the small possibility a customer will default on the payment. 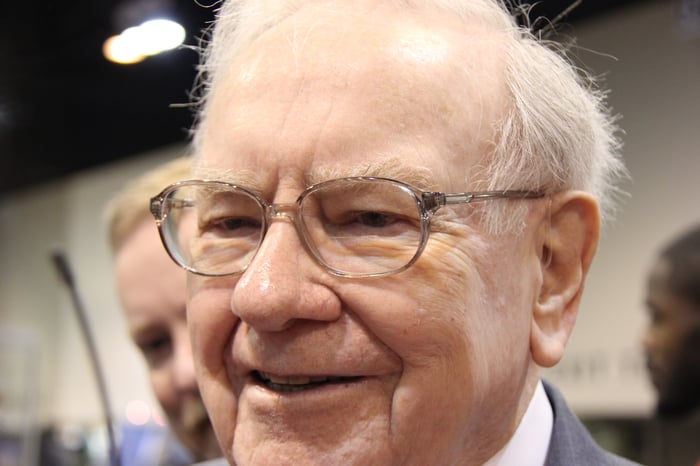 There's one thing about Roblox and Airbnb that would make Warren Buffett smile. Image source: The Motley Fool

Roblox is a gaming platform that is free to join and makes money by letting users buy premium items and experiences on the site. Outside developers create those items and experiences, which Roblox pays them for as users engage with their creations. Before players can spend money on Roblox, they need to purchase an in-game currency called Robux. The difference in timing between when players buy Robux and when they spend it is how the float is created.

The company breaks down two categories of spending on its site: durable virtual items and consumable virtual items. You can think of a durable virtual item as a custom hat that a player purchases to equip an avatar, and a consumable item as a turbo boost that allows your avatar to run faster for 48 hours. The latter is revenue recognized at the time of purchase and so the developer needs to be paid in that same month. The former is revenue that is recognized over 24 months. Therefore, even though a player spends the money on Roblox that month, the company spreads out payment to developers over 24 months.

Interestingly, 88% of the money spent on Roblox is for durable virtual items. That's allowed Roblox to reach $1.5 billion in deferred revenue at the end of the latest quarter, ended June 30, which is money received for services not yet rendered. To put that figure into context, Roblox earned $454 million in actual revenue in the same quarter. And so Roblox has been paid upfront three times the size of its revenue.

Airbnb is a global facilitator of travel. It brings together guests who are looking to go somewhere and hosts with a place to offer. Airbnb makes its money by charging a service fee. It is happy to render part of those services by collecting payments from guests and holding them on behalf of hosts.

That figure rose to $6.3 billion in the most recent quarter, ended June 30, while revenue was $1.3 billion. Folks usually make reservations for trips weeks or months in advance, and that is money Airbnb gets to earn interest on in the meantime. Indeed, the company earned an interest income of $2.9 million in the second quarter.

Generating float is inherently built into the business models at Roblox and Airbnb. As the companies grow, so will the amount of float they generate. And if interest rates increase, each will earn more money on interest income. Meanwhile, it lowers risk since the companies only perform services they have been paid for.

While there are no doubt other important features in stocks Warren Buffett likes to buy, Roblox and Airbnb both have at least one he gravitates toward: float.

Parkev Tatevosian has no position in any of the stocks mentioned. The Motley Fool owns shares of and recommends Airbnb, Inc. and Roblox Corporation. The Motley Fool has a disclosure policy.

3 Growth Stocks That New Investors Should Own for 2023

Airbnb Looks to Shake Up Urban Travel With New Offering
358%