Please ensure Javascript is enabled for purposes of website accessibility
Log In Help Join The Motley Fool
Free Article Join Over 1 Million Premium Members And Get More In-Depth Stock Guidance and Research
By Jeff Little – Updated Aug 27, 2021 at 9:32AM

Big-time name recognition could lead to big gains for HLS and its investors.

The chances are good that you've heard the name Pfizer (PFE -0.16%) more in the past 18 months than in all of your years combined before the COVID-19 pandemic hit. Once vaccines started rolling out, Pfizer news became commonplace. Now, it's that branded name recognition that could help bolster sales of a therapeutic treatment in Canada for another pharmaceutical company.

HLS Therapeutics (HLS -0.41%) announced on Aug. 16 that it has reached an agreement with Pfizer to co-market Vascepa in Canada. Vascepa, an innovative therapeutic prescription medicine for treating cardiovascular disease, is used in conjunction with medicines called statins, such as Pfizer's Lipitor, which help fight high cholesterol and reduce heart attack and stroke.

The drug has been FDA-approved and marketed in the U.S. by Amarin since 2019. Can Pfizer's name recognition and resources help boost sales for HLS in Canada? 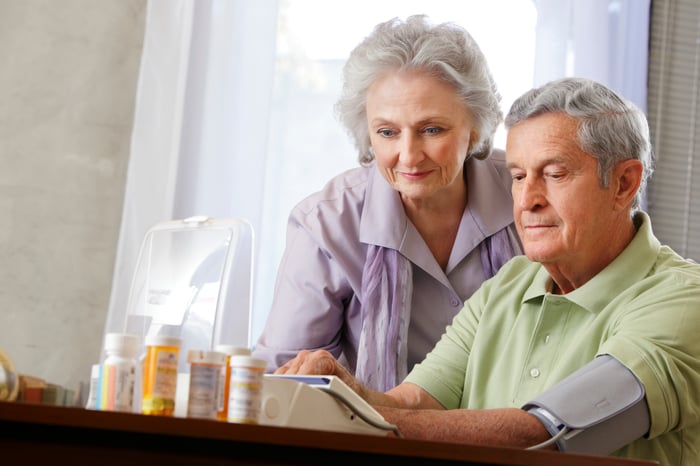 HLS on its own

HLS listed publicly on March 14, 2018, after a reverse takeover of Automodular Corporation. At the time, the share price was  at $11.50. Since then, it has seen a gradual, yet unexciting, increase in stock price to about $14. The minimal stock price movement is representative of the revenue and earnings numbers over the past three years.

Revenue has been steady on an annual basis, in a range of $55 million to $60 million. Earnings have remained in a tight range lately as well, with an annual basic and diluted per-share loss of $0.46 projected for 2021 based on the first six months of the year. That result would be flat from 2020's numbers but would represent a 31% improvement from an $0.67 loss in 2019.  Those numbers might improve even further at the conclusion of the year with the help of Pfizer.

Teaming up with a big dog

Per the agreement, HLS will be responsible for commercializing Vascepa and will record all revenue related to sales in Canada. It will also continue to use its own sales team to market and provide education about Vascepa to roughly 2,500 specialist care providers such as cardiologists and endocrinologists.

Pfizer will take the reins on marketing the medication to primary care physicians in Canada, who make up about 25% of all doctors in the country but are responsible for nearly 80% of the prescriptions within Pfizer's target base. This quadruples the total target audience   of care providers for HLS .

If the strategy to co-market Vascepa plays out well for HLS, analysts think the stock will begin to show big-time movement based on stronger revenue growth.

The announcement of a co-market agreement was received well by analysts Tania Gonsalves of Canaccord Genuity and Noel Atkinson of Clarus Securities, resulting in two reiterated buy ratings along with share-price targets at least 80% higher than the current level.

Atkinson noted that the ability for Pfizer reps to speak with physicians about Vascepa in conjunction with Pfizer's own Lipitor -- a statin medication -- should prove successful, leading him to say, "We remain bullish on the potential for Vascepa to become a blockbuster drug in Canada." He believes the company can hit $61 million in revenue for 2021, followed by a huge leap to over $100 million in 2022. This would be a bit ahead of its current pace of $58.6 million for 2021 based on numbers through the first half of the year, and would result in a 64% increase year over year when comparing 2022 to 2021 projections.

If the reminder of the year mirrors the first half, those projections may be on target. The company released its second-quarter results on Aug. 5, highlighted by 42% sequential revenue growth from sales of Vascepa. That was driven by a quarterly increase of a bit more than 40% each in the number of patients and prescribers of the drug, which reached 4,100 and 1,050 respectively.

Including the two analysts mentioned earlier, the average analyst price target for HLS is $24 per share, a 70% premium over the current price of $14. If Pfizer's name recognition and sales teams can successfully market Vascepa to an expanded prescriber base of primary physicians and a growing customer base, it should bring a big boost to HLS's revenue.

But as we've seen in the past 18 months, not everything in the healthcare sector always goes as planned. The COVID-19 delta variant is causing plenty of disruptions, and investors can't ignore the potential for disruption as Pfizer prepares to roll out booster shots. It is worth noting, however, that none are planned in Canada as of now; Dr. Theresa Tam, that country's chief public health officer, has said the data does not yet support a need for them.

Depending on what type of investor you are, it could be slightly risky but highly rewarding move to jump in now. For those who need a bit more evidence, HLS's third-quarter numbers -- and a possible Vascepa sales outlook -- should be available around Nov. 4.