It's too early for a "yes" answer. But it's too premature for a "no" response as well.

Juggernaut. There's probably no better word to describe the position of Gilead Sciences (GILD 1.29%) in the HIV therapy market. The big biotech has dominated for two decades with its antiviral drugs.

Now another competitor is on the scene. Moderna (MRNA 0.48%) became a household name -- and one of the hottest biotech stocks on the market -- with its messenger RNA (mRNA) COVID-19 vaccine. The biotech will soon begin clinical testing of a new vaccine candidate targeting HIV. Could Moderna take down Gilead Sciences? 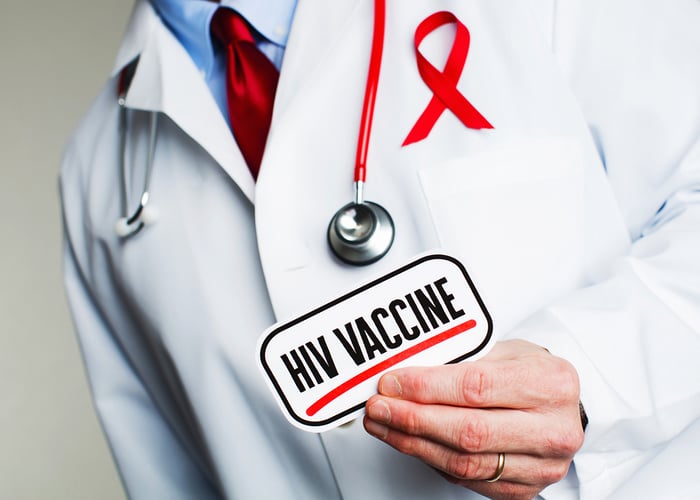 A phase 1 clinical study of Moderna's mRNA-1644 HIV vaccine is scheduled to begin within the next three weeks. This study, which is sponsored by the International AIDS Vaccine Initiative, will evaluate the experimental vaccine's safety and the immune response that it produces. The vaccine is based on the core mRNA technology that Moderna used to develop its COVID-19 vaccine.

Although there are multiple hurdles to jump before Moderna's HIV vaccine might be proven to be safe and effective, it could present a clear threat to Gilead. Vaccines are intended to prevent infection, while antiviral therapies are only needed when individuals have been infected. The better a vaccine works, the less need there will be for therapies.

Gilead's fortunes still depend heavily on its HIV therapies. In the second quarter of 2021, the company's HIV franchise generated close to 63% of total revenue. That percentage is lower than normal because of the impact of the pandemic.

COVID-19 is also helping Gilead by boosting sales of Veklury. The COVID-19 antiviral drug contributed more than 13% of the biotech's total revenue in Q2.

However, Gilead CFO Andrew Dickinson said in the company's Q2 earnings call that sales of Veklury are expected to decline significantly in the second half of this year. Chief Medical Officer Merdad Parsey acknowledged that the company expects that "vaccines will make a tremendous impact in the case numbers."

Assuming that Veklury contributes less to Gilead's overall revenue in the future, the big biotech will be more dependent on its HIV drugs. That increases the potential threat from an HIV vaccine.

It's important to note, though, that HIV is a very different kind of virus than the coronavirus that causes COVID-19. HIV mutates rapidly. There are more than 60 dominant strains plus many other recombinant strains of the virus.

Another challenge is that HIV targets CD4 T cells. These are white blood cells that signal for other cells to fight off infection. By infecting these T cells, the virus hinders the body's immune system defense. HIV is also adept at hiding from the immune system.

Gilead isn't a sleeping giant, either. The company teamed up earlier this year with Gritstone Bio to develop an mRNA vaccine that could potentially cure HIV. Gilead's pipeline also includes three programs in phase 2 testing that it hopes could be curative HIV therapies.

Of course, Gilead has also actively worked to expand beyond HIV. The company's 2017 acquisition of Kite made it a leader in cancer cell therapies. Gilead has also bought other cancer-focused biotechs since then. The company could be less dependent on its HIV franchise over the next few years.

It's way too early to bet that Moderna's experimental HIV vaccine will take down Gilead Sciences. However, there's at least a chance that it could happen. Moderna CEO Stéphane Bancel noted earlier this year that HIV is one of several viruses that "have eluded traditional vaccine efforts." The company thinks, though, that its mRNA technology could be successful where other vaccines haven't been.

Even if not, Moderna seems likely to become a rival that could disrupt Gilead's business on multiple fronts. Like Gilead, it is also targeting cancer. Moderna's cash position is already bigger than Gilead's. That could enable the mRNA-focused biotech to make strategic acquisitions to bolster its oncology pipeline.

In the not-too-distant future, Moderna could expand beyond COVID-19 into multiple additional indications. The company might even become what Gilead Sciences is today in HIV -- a juggernaut.

Keith Speights has no position in any of the stocks mentioned. The Motley Fool recommends Gilead Sciences, GlaxoSmithKline, Johnson & Johnson, and Moderna Inc. The Motley Fool has a disclosure policy.