The e-commerce giant just came up with a new way for you to give it money.

Why are Amazon shares up so much?

To find out, let's go back in time to Friday afternoon, when buy now, pay later (BNPL) stock Affirm Holdings (AFRM -8.62%) announced that Amazon will begin allowing customers to choose its service as a payment option during checkout.

Now, this is obviously bigger news for Affirm than for Amazon. The former's stock is up 43.5% on the news, gaining 20 times as much as Amazon's shares are. But this is also an incremental positive for Amazon itself. It will be able to offer customers who spend $50 or more an alternative to paying up front in cash, buying with a credit card (which they might not have or might not want to use), or paying interest on their purchases (shorter-term Affirm payment options don't charge interest).

Instead, they can simply pay for larger purchases through an installment plan with Affirm. 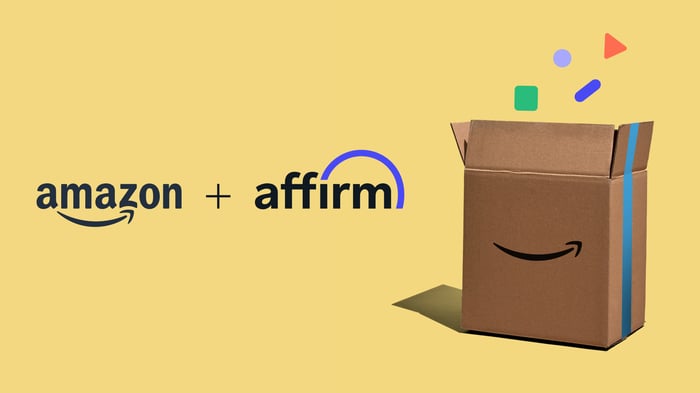 On the one hand, this new payment option may increase spending at Amazon, which would be good news for the company. On the other hand, you have to imagine there will be some cannibalization of purchases through Amazon's Prime Rewards, Prime Store, and Prime Secured credit cards. And that would imply that Amazon will be giving up at least some of the revenue that it gets from its credit card partners in exchange for making a little more by (hopefully) scoring more sales with Affirm.

Whether the latter outweighs the former will determine if this is as good news for Amazon as it's already turned out to be for Affirm.