You could call it the Amazon effect.

Shares of Affirm (AFRM 8.66%) were rocketing higher today after the buy now, pay later specialist said after hours on Friday that its services would soon be available to Amazon (AMZN 4.46%) customers. 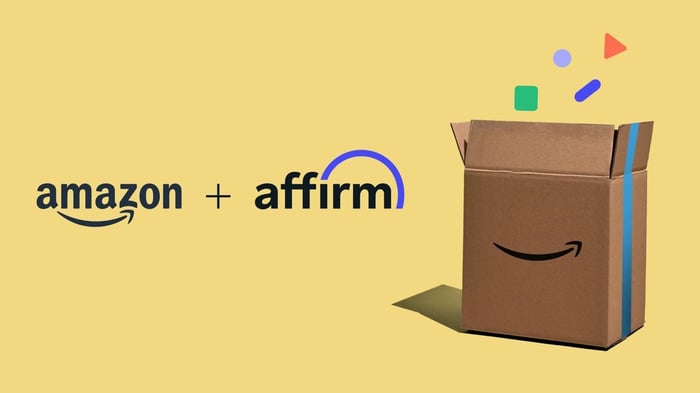 In a press release Friday, Affirm said Amazon is testing its offering with a select group of customers, and plans to expand it more broadly over the coming months to all Amazon U.S. customers. Currently, Affirm's buy now, pay later offering is being made available on purchases of $50 or more.

It's not surprising that Affirm's stock would soar on the news as the partnership represents a big win for the fintech company. Amazon is now the biggest retail platform in the world outside of China, recently surpassing Walmart, as consumers spent more than $610 billion on Amazon over the last four quarters, making it the most valuable merchant partner Affirm could potentially get.

Additionally, Amazon's status as an online retailer makes it more valuable to Affirm than a brick-and-mortar retailer as its payment plan is automatically advertised at checkout. The partnership should not only drive increased adoption for Affirm, but also counts as a victory over rival buy now, pay later services like Klarna and Afterpay, which was recently acquired by Square.

Affirm stock has been highly volatile since it debuted earlier this year. Buy now, pay later is a relatively new sector in the payments industry and it's unclear if the offering can disrupt the credit card industry or if Affirm has a sustainable competitive advantage.

The Amazon partnership certainly adds credibility to the Affirm bull thesis as it will accelerate both its adoption and brand awareness. Still, the stock is likely to remain volatile as Affirm is still significantly unprofitable and as potential acquisition rumors are swirling following Square's $29 billion takeover of Afterpay.