The company hopes to develop cancer treatments based on individualized gene therapies, and has two promising pipeline candidates. 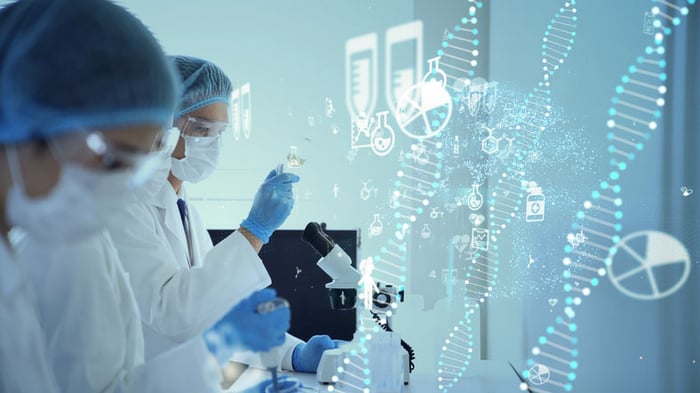 Ziopharm stock had been on a steady slide, and is down by more than 23% this year. Investors were apparently encouraged by the appointment of a new CEO, Kevin S. Boyle, late Monday. Boyle previously was CEO of Kuur Therapeutics until that company was purchased by Athenex.

Ziopharm's focus is on fighting cancer through T-cell therapies. Its lead candidate therapy uses its Sleeping Beauty gene transfer technology, and is being tested as a genetically modified T-cell receptor (TCR) to fight neoantigens (mutations) that are often unique to individual cancers. The therapy is in a phase 2 trial against multiple solid tumors and is being developed in partnership with the National Cancer Institute. The company also has a phase 1 trial underway (in partnership with Eden BioCell) for its CAR-T cell therapy to fight leukemia and lymphoma by programming cells to fight known antigens that are present in both cancers.

As a clinical-stage biotech, the company has no marketed therapies yet and no revenue. As of its second-quarter report, it had $76.7 million in cash, not counting a $25 million line of credit it received from Silicon Valley Bank as part of a $50 venture debt facility, the company said during its earnings call.

Like many biotech stocks, Ziopharm is a risky investment. It may be that the company is looking forward to being acquired by a larger biotech; the arrival of Boyle, who is fresh off just such a deal, may point toward that strategy. For long-term investors, the key factor to watch now will be how its TCR therapy performs in its phase 2 trial. The company is still a long way from having a marketable drug, but at least it has two solid candidates, as well as other therapies in the preclinical stage.

The stock has been volatile, which isn't unusual for a clinical-stage biotech company with no real revenue yet. And given that it's trading at a little less than $2 a share, it doesn't take much in the way of a rumor to drive the stock's price up or down noticeably.

Why Alaunos Therapeutics Stock Is Up Yet Again Today
370%