After some big swings, shares are now up roughly 13% year to date.

Shares of Palantir Technologies (PLTR -0.14%) climbed 21.3% in August, according to data from S&P Global Market Intelligence. The data technologies stock jumped after the company reported strong second-quarter results, and it continued to climb in subsequent trading. 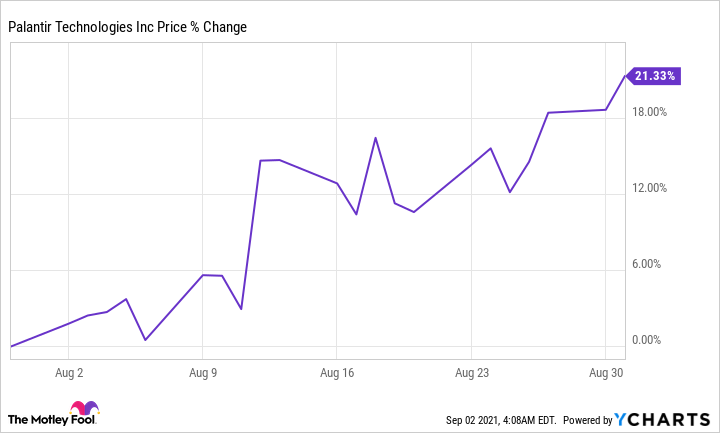 Palantir published its second-quarter results on Aug. 12 and delivered sales and earnings performance that came in ahead of the market's expectations. The company posted adjusted earnings per share of $0.04 on sales of $375.64 million, while the average analyst estimate had called for per-share earnings of $0.03 on revenue of $361.1 million. 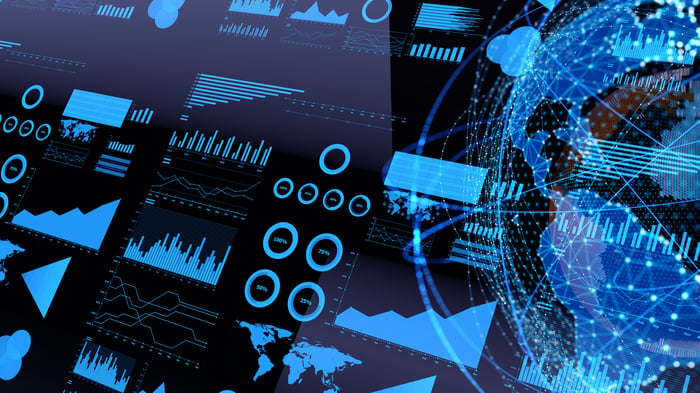 Palantir's revenue surged 49.1% year over year in the second quarter, and its adjusted operating margin of 31% trounced management's previous target for a margin of 23%. The company added 20 net new customers in the quarter and showed strong momentum for large-size deals. The data specialist's total customer count was up 13% on a sequential basis, and U.S. commercial revenue jumped 90% year over year.

Palantir stock has continued to gain ground early in September's trading. The company's share price is up roughly 2% in the month so far.

Palantir expects to post revenue of $385 million in the third quarter, significantly ahead of the average analyst target for $380.13 million in sales that had been in place prior to the company's earnings release last month. The company expects to post an operating margin of 22% in the quarter.

Palantir now expects to post more than $300 million in adjusted free cash flow (FCF) this year, up from its previous target for more than $150 million in FCF for the period. The business is expanding at a rapid clip and generating strong margins, and management anticipates that sales will expand at an annual rate of 30% through 2025.

With the company valued at roughly $52.3 billion and trading at approximately 35 times this year's expected sales, Palantir clearly has a growth-dependent valuation. However, it's an early mover and leader in its corner of the data analytics industry and looks well positioned to take advantage of long-term trends. This growth story could still just be heating up.