Despite its recent pricing surge, the stock is still down roughly 31% since going public in June.

Shares of Meta Materials (MMAT 8.84%) gained 32.9% in August, according to data from S&P Global Market Intelligence. The company had acquisitions news to announce and published second-quarter results in the month, but it appears that increased buying from investors aiming to trigger a short squeeze played the biggest role in the gains. 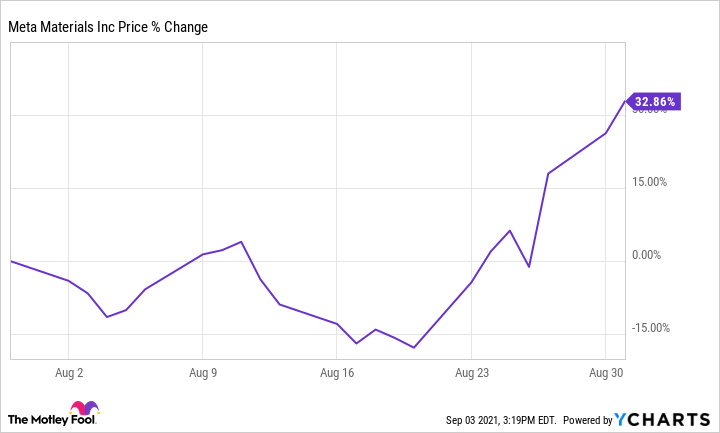 Meta Materials has attracted interest from Reddit's WallStreetBets and other online investment communities with a heavy interest in meme stocks. The company is working on developing advanced materials that could have a wide range of applications and help facilitate new tech breakthroughs, but right now short-squeeze momentum appears to be the big story. 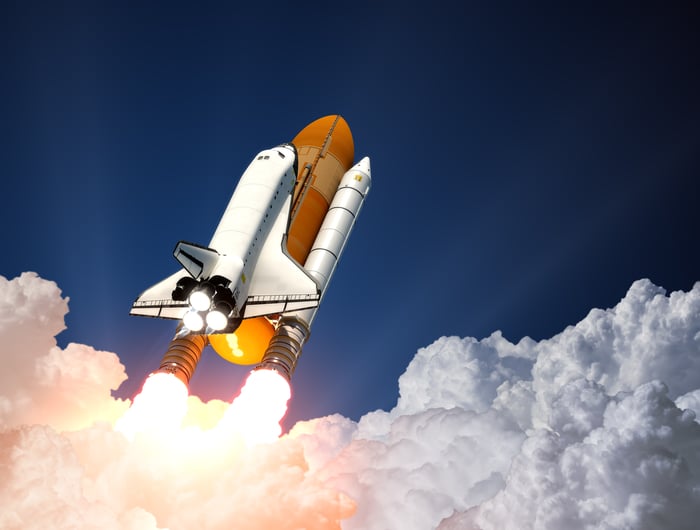 Meta Materials published a press release on Aug. 5 announcing that it had entered into a definitive agreement to acquire Nanotech Security for roughly $90.8 million Canadian (roughly $72.5 million). The company then reported its Q2 results on Aug. 12, posting a net loss of $5.18 million on revenue of $624,320. Sales were up roughly 197% year over year, but the business' net loss also expanded from the loss of roughly $1.82 million it posted in the prior-year quarter.

Meta Materials was taken public through a merger with Torchlight Energy that was completed in June, and it's seen volatile trading across the stretch. While the company had some significant news to announce last month, it's likely that its rising popularity as a short-squeeze candidate among WallStreetBets and other investors played a bigger role in its gains. According to Fintel.io, the company had short volume of roughly 1.92 million shares against daily trading volume of roughly 3.66 million shares -- good for a short volume ratio of roughly 52.6%.

Meta Materials stock has continued to post big gains early in September. The company's share price is up roughly 18.6% in the month so far. 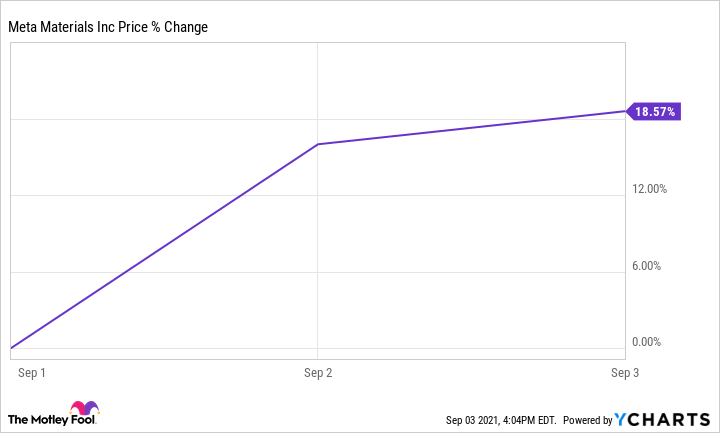 Meta Materials appears to be gaining ground thanks to a CNBC interview with S3 Partners' head of predictive analytics, Ihor Dusaniwsky. The S3 director stated that the stock was one of several that were better short-squeeze candidates than recent meme-stock favorite Support.com. As of Sept. 2, Fintel reported that Meta Materials had a short volume ratio of approximately 33.7%.

Meta Materials now has a market capitalization of roughly $1.5 billion. With a speculative business outlook and the company still in small-cap territory, the stock seems primed for more volatility in the near term.