The company has a friend at Stanford University. But so what?

Shares of Meta Materials (MMAT 0.82%), a researcher into materials for use in various high-tech applications, were shooting more than 20% higher as of 1:20 p.m. EDT today. It's not entirely clear why, but this week's announcement out of Stanford University might have something to do with it. 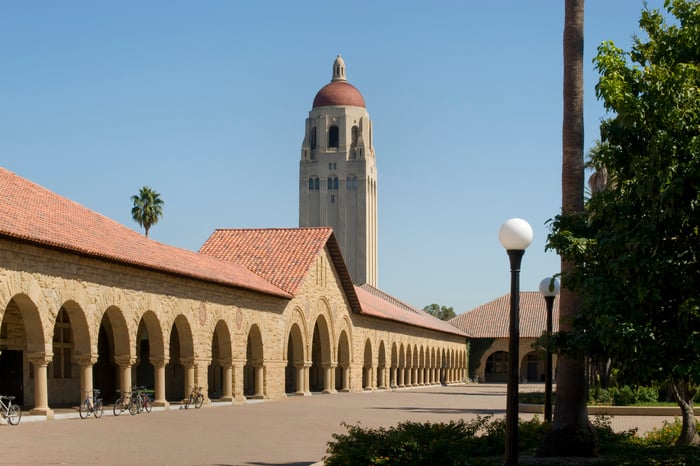 On Monday, Meta Materials announced that it has joined the Stanford University SystemX Alliance industry affiliates program. This provides member companies with what it says is "a highly leveraged and cost-effective method to sponsor pre-competitive, collaborative research at Stanford."

Meta Materials expects to sponsor basic research by university students, and recruit those students to work for the company in new fields such as augmented reality and solar technologies.

Alongside names like Harvard, MIT, CalTech, and Carnegie Mellon, Stanford ranks among the nation's top research universities, and is a well-known conduit of research moving into Silicon Valley.

That being said, while participation in SystemX makes for good public relations for Meta Materials, I'm less than convinced that this week's news makes this company -- which started trading on the Nasdaq exchange on June 30 after a reverse merger with Torchlight Energy Resources -- a significantly better investment than it was last week.

Meta Materials remains deeply unprofitable, losing more than $55 million over the past 12 months (6 1/2 times 2019's losses), and burning through $9.2 million in cash (nearly twice 2019's cash burn). And revenue remains just barely above $1 million for the past year. Absent stronger signs of growth, and some idea of when profitability might arise, Meta Materials stock should be considered no better than a speculative investment.