Shares of Guidewire Software (GWRE -0.26%) were up 7.1% at 11:13 a.m. EDT on Friday. Revenue for the fiscal fourth quarter declined 6% year over year, and adjusted net income came to $31 million, down from $69.5 million in the year-ago quarter. But the results were better than management's previous guidance, given strong momentum in the company's cloud software offering. 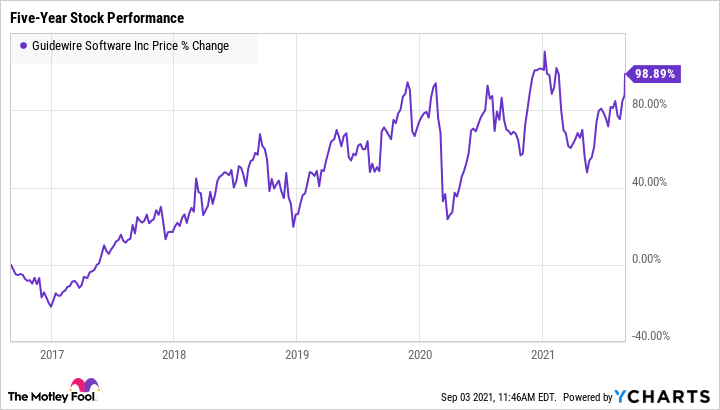 Most noteworthy was Guidewire's performance in subscription and support revenue, which grew 29% year over year, comprising 30% of the business in fiscal Q4.

Guidewire's total cloud customer count stands at 92, after closing 17 core cloud deals last quarter, including 16 for its InsuranceSuite platform. Like other industries, Guidewire is benefiting as the property and casualty insurance industry invests in technology and cloud services to operate more efficiently.

"This momentum gives us more confidence that we will continue to move customers to our cloud platform and continue to attract new customers to Guidewire Cloud," CEO Michael Rosenbaum said during the fiscal Q4 earnings call. 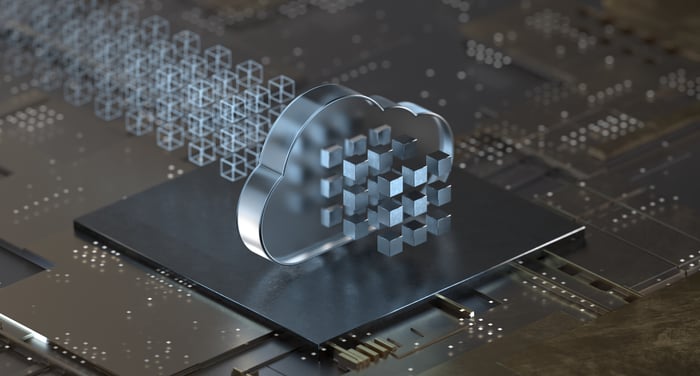 A total of $539 billion worth of direct written premium in the P&C industry was under license for at least one Guidewire application at the end of the fiscal year. Rosenbaum sees this as an "enormous opportunity" to drive new customers to the platform.

For the fiscal first quarter of 2022, management expects total revenue to be slightly down year over year to a range between $162 million and $166 million, but full-year revenue should grow to between $780 million to $790 million. Adjusted operating income should be between a loss of $5 million and a loss of $1 million, but management expects to generate positive operating cash flow for the full year between $30 million and $40 million.