Please ensure Javascript is enabled for purposes of website accessibility
Log In Help Join The Motley Fool
Free Article Join Over 1 Million Premium Members And Get More In-Depth Stock Guidance and Research
By Will Healy – Sep 4, 2021 at 9:00AM

Even if the broader market struggles -- as it often does at this time of year -- these stocks should hold up for investors.

Although 5G stocks hold tremendous potential for growth, the market has a history of delivering poor performances in September, according to stock research firm CFRA. Considering the statistical pattern, investors looking to add to their portfolios this month may want to lean toward more conservative picks.

Fortunately, the 5G industry includes many lower-risk options. Companies such as Intel (INTC -1.11%), Qualcomm (QCOM -1.36%), and Verizon (VZ 0.26%) could serve investors well in such a trading environment. Let's take a closer look at these three 5G stocks worth considering in September. 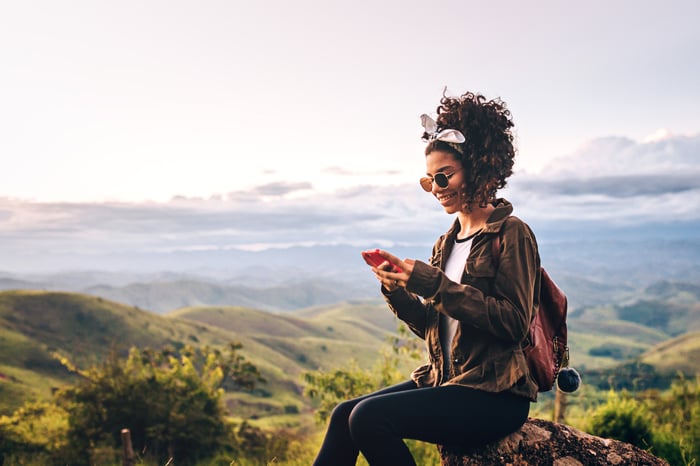 Admittedly, Intel might seem like a strange recommendation given its lack of revenue growth in recent years and its loss of technical leadership in the chip industry. However, with former CTO Pat Gelsinger now in the CEO position, the chipmaker is taking steps to revitalize its technology portfolio, incorporating 5G applications in development since before his tenure into the product mix.

Intel has invested heavily in the Internet of Things (IoT), autonomous driving, and data center innovations. It intends to provide users with high bandwidth for video streaming and broadband, low bandwidth for IoT sensors, and the ultra-low latency needed to direct self-driving cars.

It may take time for these efforts to have a positive impact on the company's financials. Revenue fell by 1% year over year to $39.3 billion in the first half of 2021. Also, net income fell 22% during the period to $8.4 billion, due in part to $2.6 billion in restructuring charges.

However, revenues from its IoT and Mobileye businesses grew by 47% and 124%, respectively, and cloud computing delivered a 6% revenue increase. Notably, Intel's P/E ratio of 12 comes in far lower than AMD's P/E of 39 or Nvidia's (NVDA -1.51%)ratio of 80. Such a valuation not only reduces the risk for those who buy now, it also enhances the growth potential available should 5G help drive an Intel stock price comeback.

Qualcomm occupies a unique position in the 5G industry due to its large and vital portfolio of wireless patents. No manufacturer can build a state-of-the-art smartphone without using Qualcomm's technology.

Additionally, Grand View Research forecasts a compound annual growth rate of 69% for the 5G chipset market, which will make Qualcomm's market position all the more lucrative.

To be sure, competitors are trying to claim some of Qualcomm's market share. Apple bought Intel's smartphone chipset business in 2019, presumably to reduce or eliminate its dependence on Qualcomm. Also, Nvidia continues its efforts to acquire Arm Holdings, which licenses low-power chips to Qualcomm. If Nvidia closes that deal, it could threaten Qualcomm's market position in 5G.

So far, these moves have not slowed Qualcomm. For the first nine months of its fiscal 2021 (which began Sept. 28, 2020), revenue has risen 60% year over year to $24.2 billion. This helped increase income by 179% to $6.2 billion as the company kept its operating expense growth below its revenue growth.

Qualcomm previously forecast some slowing in the current quarter. Still, since guidance calls for revenue of $8.4 billion to $9.2 billion -- about 35% annual growth at the midpoint -- the gains should remain robust.

Despite all this, investors have been relatively tepid about the stock. It has risen 23% over the last 12 months, and its P/E ratio of 18 significantly lags Apple's earnings multiple of 30. Nonetheless, even if Apple or Nvidia become more direct competitors to Qualcomm, industry growth and its current low P/E ratio should make it an appealing buy for whatever market environment lays ahead.

Verizon is one of only three 5G wireless service providers in the U.S. More importantly, it holds the potential to stand out from peers AT&T and T-Mobile. It has won many awards for service quality, most notably taking J.D. Power's top ranking for network quality for 27 straight years. It has also shown its willingness to invest in maintaining its edge. Early this year, it spent $53 billion on C-band spectrum (including clearing costs and incentive payments). This spectrum will provide the bandwidth needed to improve the quality of its 5G service.

Verizon has also strongly promoted its network-as-a-service (NaaS) offering, a subscription-based wireless service to connect AI, VR, and IoT devices. This has attracted clients such as Honda and Arizona State University.

5G could also serve as a catalyst for Verizon's revenue growth. In the first six months of 2021, its top line rose 7% year over year to $66.6 billion. Additionally, net income of $11.3 billion rose 24%, though that was primarily due to pension reimbursement gains and lower interest expenses.

Even if Verizon's share price languishes, its annual per-share dividend is $2.51 which, at current share prices, yields about 4.6%. That high return in combination with a history of annual payout hikes going back to 2007 offers considerable disincentive to sell. Also, the fact that its P/E ratio of 11 is well below the multiples of AT&T and T-Mobile could discourage sellers.

Admittedly, the company's total debt of $152 billion could leave investors wondering if Verizon stock is a buy, given the $75 billion in equity. However, its low earnings multiple, high dividend, and the potential of its NaaS business may make the telecom's balance sheet weakness worth overlooking.