The company posted strong Q3 earnings and hinted at a major upgrade to its long-term outlook coming in Q4.

Synopsys (SNPS -2.70%) shareholders beat a rallying market last month. The stock rose 15% in August compared to 3% spike in the S&P 500, according to data provided by S&P Global Market Intelligence. The semiconductor tech giant reported strong earnings and issued a bullish outlook for both 2021 and over the long term.

Sales trends were robust in the fiscal third quarter, with revenue rising 10% to just under $1.1 billion. That success put Synopsys on a growth and earnings trajectory that management believes is meaningfully better than it had previously estimated. "The market is not only strong," co-CEO Aart de Gues said in the conference call, "it is transforming in a way that is very positive for Synopsys." 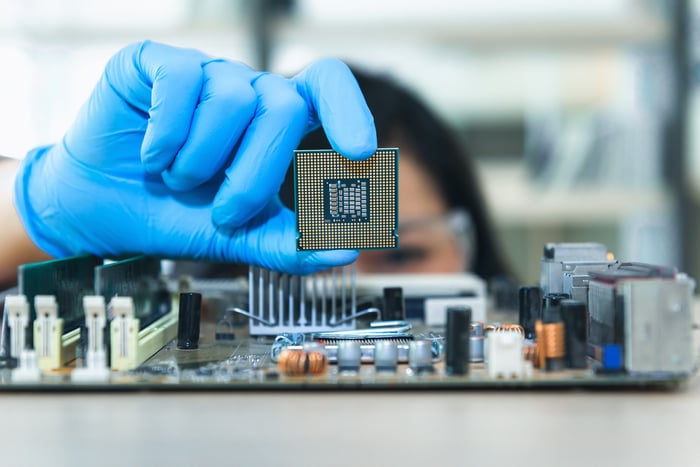 Executives say demand for advanced semiconductor chips is rising and should continue expanding thanks to major tailwinds including data storage, transmittal, and processing.

Synopsys raised its 2021 outlook, which helps explain why shares are beating the market so far this year. But management also predicted that the need for semiconductor chips is already stretching into future years. More customers are committing to multiyear contracts, which is great news in this cyclical industry.

Next up, look for the company to issue an updated long-term outlook in November that likely predicts double-digit sales growth through 2023, along with steadily rising profit margin. Hitting those ambitious targets would mean further solid returns for shareholders.

Worried About the China Chip Ban? Give These 2 Top Chip Stocks a Look

What You Need To Know About Synopsys' Q3 Earnings Report
376%