Axcelis has several tailwinds behind it, including robust demand from its largest customers.

After a dud July, semiconductor stock Axcelis Technologies (ACLS 0.39%) fired up in the month of August and gained 28.9%, according to data provided by S&P Global Market Intelligence.

Axcelis shares had two spurts in August, one in the first week and the other in the last. It all started when the company released its earnings on Aug. 4.

Axcelis' revenue grew 10.9% and net income jumped 14.5% year over year in the second quarter. The most important number, though, was its system revenue which hit $140 million, exceeding $100 million for the first time since 2004. The company also generates some revenue from aftermarket services.

"The rapid acceleration of the electrification of the automotive industry is creating substantial demand for power devices and image sensors, which is driving sustainable growth for the Purion product extensions specifically developed for these markets," said CEO Mary Puma during Axcelis' earnings release. 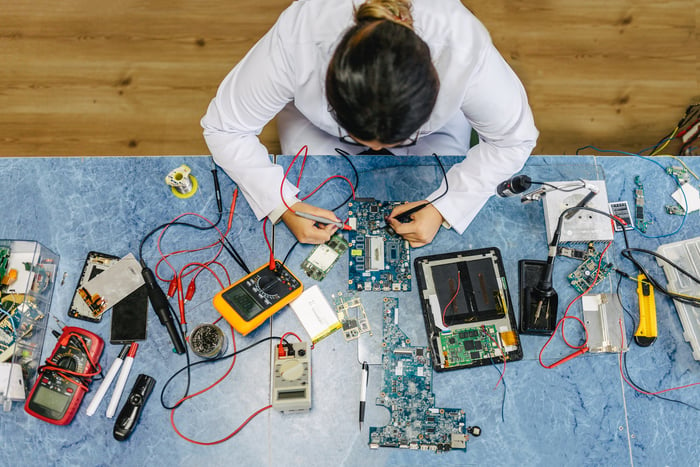 With Axcelis also upgrading its full-year revenue forecast to $625 million versus its earlier projection of $550 million, several analysts jumped in with bullish views and higher price targets on Axcelis shares soon after earnings.

On Aug. 24, Korean giant Samsung Group announced plans to invest nearly $206  billion over the next three years, primarily in semiconductors through its crown jewel, Samsung Electronics.

SMIC and Samsung Electronics were the two largest customers for Axcelis in 2020, each accounting for at least 10% of revenue.