Fuel-cell stock Plug Power (PLUG -1.61%) opened Tuesday on a positive note, gaining 2.8% within the first 20 minutes of trading. Despite slipping into negative territory soon after, the hydrogen fuel stock bounced back and was up 2.3% as of 3:30 p.m. EDT.

It appears investors in Plug Power couldn't easily decide what to make of the big news coming in from the red-hot hydrogen fuel market today.

Under its "Hydrogen Vision 2040," Hyundai Motor said it plans to electrify all commercial vehicles by 2028 using hydrogen fuel-cell systems. The company wants to become the world's first automaker to fully convert its commercial fleet in a bid to reduce global dependency on fossil fuels.

Hyundai isn't new to the hydrogen fuel-cell game, having built its first fuel-cell electric vehicle in 1998. It went on to launch several fuel-cell cars and buses, including the Tucson ix35 in 2007, fuel-cell SUV NEXO in 2018, and XCIENT fuel-cell truck in 2020. 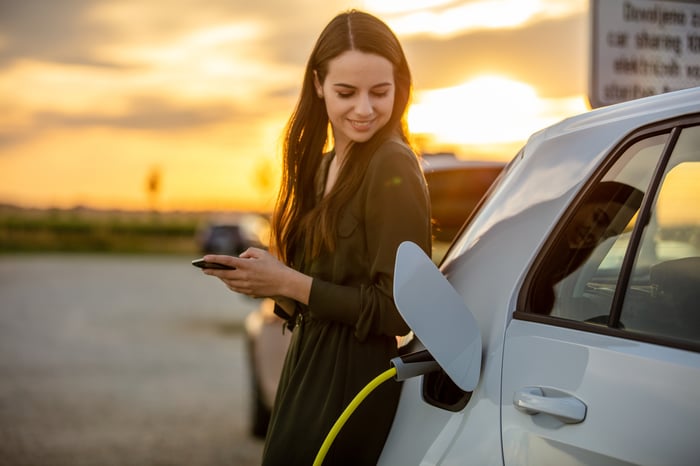 Hyundai now doesn't just want to expand its fuel-cell technology throughout its commercial fleet but also extend hydrogen's use beyond transportation, including potential trailer drones and a fuel-cell supercar. It plans to develop a third-generation fuel-cell system with durability 50%-100% higher than its second-generation fuel-cell stack at half the cost.

Hyundai's grand vision is undeniably a huge stamp of approval for the hydrogen fuel-cell industry, which explains why Plug Power shares are rallying today. Plug Power is one of the top players in hydrogen and fuel cells.

To further stoke the EV optimism, Toyota Motors (TM -1.55%) too announced plans on Sept. 7 to launch a full lineup of EVs, targeting annual sales of nearly 6 million hybrid EVs and 2 million battery-powered and fuel-cell EVs combined by 2030. For perspective, Toyota has sold a total of 18.1 million hybrid EVs so far.

There's another school of thought, however, that believes Hyundai's aggressive hydrogen efforts, which include plans to build advanced, low-cost fuel-cell systems, could encourage similar moves from other automakers and pose a potentially big threat for pure-play fuel-cell makers like Plug Power.

That fear, alongside Plug Power's struggle to turn a profit, is why Plug Power shares oscillated between green and red territories today. But bulls eventually won the tug of war, as they believe in the company's growing sales numbers and see huge potential in the fuel-cell market.