Hyundai agrees with Nikola that hydrogen fuel cells are the future.

Shares of Nikola (NKLA -3.35%) stock popped more than 5% in early trading on the Nasdaq Tuesday, before giving up much of their winnings in the afternoon and retreating to about a 2.1% gain as of 3:20 p.m. EDT.

But why did Nikola spike in the first place? 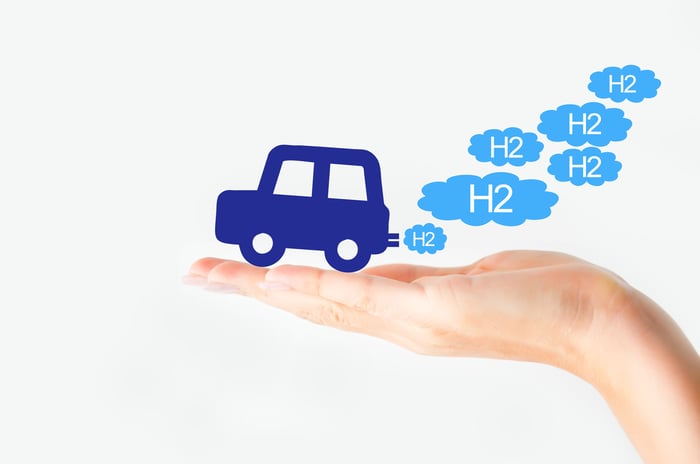 My best guess is that the reason is ... Hyundai.

Yesterday, you see, the Korean automaker predicted that hydrogen fuel cell car prices will approximate those of battery-powered electric cars by 2030. And according to website Green Car Reports today, Hyundai further advised that it expects all of its commercial vehicle models to incorporate fuel cell technology by 2028 -- and that the company will be a leader in the production of "green hydrogen" for fueling those vehicles.

That already sounds pretty propitious for Nikola -- which is placing a lot of its own chips on the prospects for converting long-haul trucking fleets to hydrogen power. While success for Hyundai at this won't necessarily translate into success for Nikola, it does suggest that Nikola is heading in the right direction, if an automotive powerhouse like Hyundai is moving in the same direction.

And this trend could even have legs. After reaching pricing parity with electrics, Hyundai predicts that hydrogen will grow in its share of global energy production, to the point that, by 2050, 18% of world energy will be produced from hydrogen -- and the fuel source will be worth $2.5 trillion a year.