Fraudsters are everywhere in the cryptocurrency world. Learn how to keep them well away from your funds.

Plenty of people, some of them experienced crypto investors, get snared by scammers every day. If you fall into their sophisticated traps, you could watch a fraudster sail off into the sunset with your hard-earned cash. Luckily, these three warning signs will help you spot a con artist a mile off.

Cryptocurrencies operate on blockchain networks. You don't need to know exactly how a blockchain works -- but you do need to know that without one, crypto tokens can't exist.

Scammers like to conceal their frauds by claiming that their blockchain is "in development" or "about to be released." The OneCoin scam is a prime example. Per a BBC investigation, OneCoin executives claimed that they kept their blockchain on their own computers. 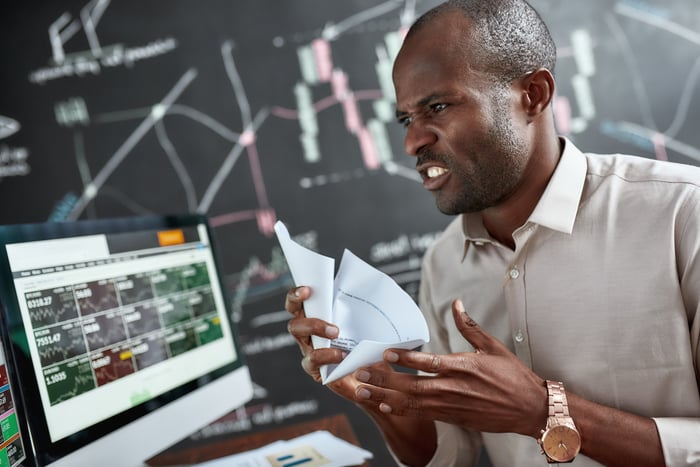 But bona fide crypto projects all operate on a publicly accessible blockchain. Some have their own, like Bitcoin (BTC 0.23%). Others operate on established blockchain networks -- like ERC-20 coins, which use the Ethereum (ETH -0.50%) protocol.

Any legit blockchain will have an accompanying website that lets you explore or scan transactions to verify its existence. Type the name of the token and "blockchain explorer" or "blockchain scan" into a search engine to find it. If the token has its own blockchain network (or is operating on Ethereum), you should be able to poke around and see whether things are looking healthy on there, with plenty of recent activity.

Multilevel marketing, or MLM, scammers typically use the language of crypto to persuade people to bring their crypto-curious friends into their pyramids, promising them bonus payments for recruiting more "members." But crypto projects don't have "members" -- they have investors. And in most cases, bringing friends and family onboard won't help an investment one jot.

MLM experts know that being at the top of the pyramid is a quick route to riches. But getting involved in the lower echelons could be a quick route to financial ruin. Last year, a U.S. court convicted a California man who duped investors all over the world out of $147 million. He had been running a pyramid scheme that promised members access to tokens he said were backed by real-life gems, Bloomberg reported.

Don't get your crypto tips from a long-lost cousin or a former workmate who just friended you on Facebook. Go to price-tracking websites like CoinMarketCap, CoinGecko, or CoinPaprika and look for large-cap coins (or promising small- or mid-cap cryptocurrencies, if you prefer). These sites contain real-time and historical data on coin prices and trading volumes. If the token Cousin Jimmy is talking up isn't listed on any of these tracking platforms, tell him to take a hike.

3. If anyone starts talking to you about "guaranteed" returns, exit the chat

There's no such thing as a sure thing in crypto. Scammers who claim to have developed high-tech solutions that can guarantee gains for investors usually end up behind bars.

For instance, four office workers are currently on trial in Japan for allegedly operating an "AI-backed" scam. Police think they masterminded a scheme that promised investors two-and-a-half-fold returns in just four months, per the Japanese newspaper Asahi Shimbun, claiming that their AI bots could spot winning trades in real time. But angry investors claim that the bots did nothing of the sort -- and that the funds investors sank into the project have gone walkabout.

There's no supercomputer, AI tool, or magic wand that can guarantee anything in the wildly unpredictable crypto world. Tokens can plummet on the back of a Tweet from Elon Musk or skyrocket because a whale somewhere moved a stash of coins from one wallet to another. If someone says they can remove the element of risk from crypto for you, they're trying to sell you snake oil.

To find legitimate crypto investments with an actual chance of success, investigate developing teams, their backgrounds, and activity levels to make sure that a promising-looking project is actually going in a healthy direction. Confirm that the token's backed by an actual, functioning blockchain that you and everyone else can track in real time. Make sure that its developers are constantly adding new forms of functionality, squashing bugs, and trying to improve network performance.

Learn as much as you can about crypto, and stay skeptical, and you'll stand a much better chance of stopping scammers in their tracks.

Fool contributor Tim Alper holds no financial position in any investment mentioned above. The Motley Fool owns shares of and recommends Bitcoin and Ethereum. The Motley Fool has a disclosure policy.