Apple and PayPal have delivered years of big gains for their shareholders, and their growth stories are far from over.

Some investors are growing concerned about the state of the economy, inflation, and the direction the stock market might go next. Regardless of what happens in the near term, though, successful investing is about buying shares in strong companies and sticking with them for many years.

Two top growth stocks that are poised to deliver market-beating returns over the next decade or more are Apple (AAPL -0.80%) and PayPal (PYPL -1.39%). Here are the key factors that should fuel their prospects for a long time. 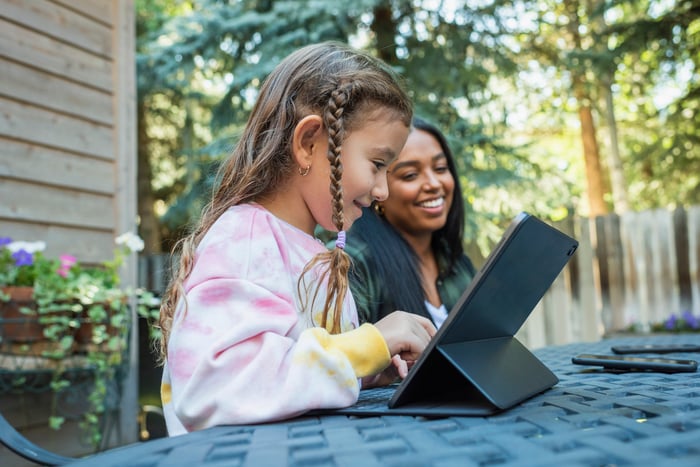 Apple has all the qualities that long-term investors should look for in a stock. It has a loyal base of customers making use of 1.65 billion active Apple devices. It generates loads of cash -- $95 billion in free cash flow over the last four quarters alone. Above all, it has tremendous brand power combined with a very sticky ecosystem of services.

Smartphone rival Samsung just launched its latest round of foldable phones -- the Galaxy Z Fold 3 and Galaxy Z Flip 3 -- and they've received good reviews. Apple still hasn't unveiled a competing offering, but it's always late to the party when it comes to adopting the latest technologies. Yet its customer satisfaction rates remain high, driving a record $347 billion in total spending on products and services over the last year.

What keeps Apple users from jumping ship to competitors' products is the software experience. Its ever-growing suite of services, accessories, and features forms a wide competitive moat. Services revenue increased 28% year over year through the first three quarters of fiscal 2021. Sales of wearables and accessories, including the Apple Watch, grew 30%. The array of apps and features like Handoff, which allows a user to switch seamlessly from an app on an iOS device to a Mac, makes Apple's devices work better together, which gives customers an extra incentive to just stick with the company for all of their tech needs.

It's no surprise that Apple continues to report strong growth for non-iPhone products. Mac sales surged 16% year over year in the most recent quarter. Moreover, the new M1-based Macs, featuring Apple's new internally developed processor, position the company to squeeze extra profit out of its computer business since the M1 chip is estimated to cost Apple less than the Intel chips it previously used.

As for iPhones, consumers are getting more interested in upgrading to 5G devices, which is expected to make the launch of the iPhone 13 a big one. The prospect of a strong upgrade cycle to 5G devices, combined with the continued growth of its higher-margin services business, makes Apple a solid investment. 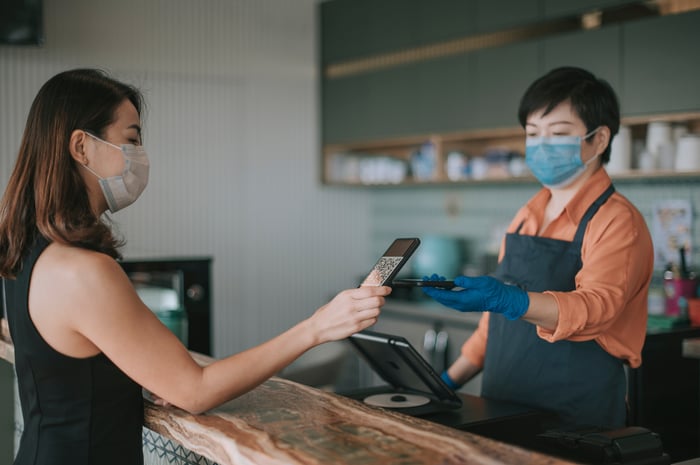 PayPal has delivered many years of consistent growth, previously as part of eBay and now as an independent company, but the pandemic has accelerated the trend away from cash and toward digital payments. A Mastercard survey found that 71% of consumers expect to use cash for transactions less often in the future, which plays right into the hands of PayPal.

The digital payments provider's customer engagement has steadily climbed in recent years and should continue to do so. Since the end of 2017, transactions per account have climbed from 33.6 on a trailing-12-month basis to 43.5 as of the second quarter of 2021. This means the average customer still uses their PayPal account less than once per week, but there are good reasons to expect this metric to continue rising.

Recent introductions of a cryptocurrency trading feature and a buy-now, pay-later option, plus the potential for adding the ability to trade stocks from within the app, could significantly grow engagement across PayPal's 403 million active accounts.

This growing array of services and features has a direct correlation with PayPal's rising revenue. For example, it has seen a 19% increase in total payment volume from customers who use its QR codes to check out at stores.

The company has experienced phenomenal growth, and the stock delivered a massive return of 640% over the last five years. Its revenue also more than doubled, and that is with customers still using their accounts less than once per week on average. PayPal could grow enormously from here if engagement strengthens, which is management's goal. For these reasons, this growth stock should remain a rewarding investment for years to come.