On Sept. 3, the tech-heavy Nasdaq Composite closed at a record high after a weak August U.S. job report reduced the likelihood of the Federal Reserve opting for bond tapering in the near term. This was the 35th record close for the index in 2021 -- and despite the growth-to-value rotation that started in February 2021, many technology stocks seem to have proved quite resilient and have made solid comebacks in the second half of 2021. In fact, the Nasdaq Composite has almost tripled in the last five years.

This goes to show the compounding power of high-quality technology stocks in the long run, even if they are associated with increased volatility. If you have $3,000 that isn't needed to pay off bills or boost an emergency fund, here are three fundamentally strong tech stocks that you could invest it in and significantly increase your wealth if you're willing to hold them for the long term. 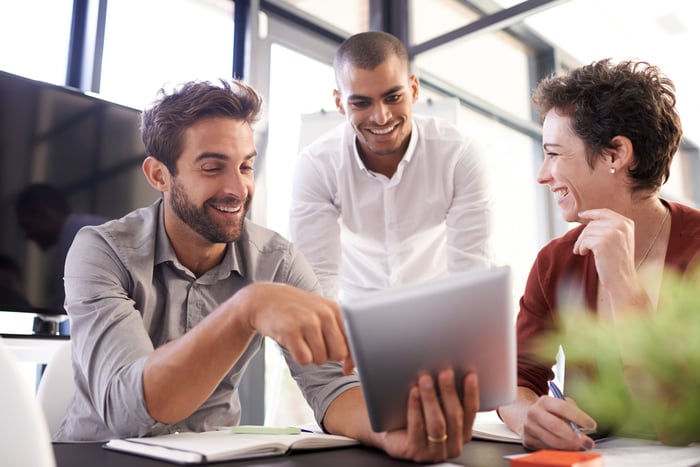 The COVID-19 pandemic led to a dramatic rise in demand for contactless and convenient banking and financial services. This development has enhanced the long-term growth story of Sofi Technologies (SOFI -0.84%), a fintech company that is a one-stop-shop for its customers' virtual banking needs. Sofi offers lending services, cash management and deposit services, credit card services, and investing solutions.

In the second quarter (ending June 30, 2021), the company's member base (customers) expanded by 113% year over year to 2.56 million. This marks the eighth consecutive quarter of accelerating year-over-year growth for the company's customer base. The number of total products used also jumped year over year by 123% to 3.7 million, highlighting the strength of Sofi's customer acquisition and cross-selling strategy.

Sofi also caters to institutional clients by offering its Galileo technology as a third-party provider. Total Galileo client accounts soared year over year by 119% to 79 million at end of the second quarter.

Sofi's lending business has taken a hit in the aftermath of the pandemic, mainly due to reduced demand for student loan refinancing. However, this situation will most likely get remedied once the student loan payment moratorium under the CARES Act extension (till Jan. 31, 2022) ends. What is even more impressive is that, despite a negative $40 million revenue impact from this unanticipated extension, the company has maintained its original fiscal 2021 guidance.

In the second quarter, Sofi's revenue was up 74% year over year to $237 million, while the company recorded a fourth consecutive quarter of positive adjusted EBITDA. The stock sold off after the company's earnings call due to a higher-than-anticipated loss per share -- but the negative surprise is completely attributable to several non-cash charges.

Sofi is not yet profitable, which is not surprising for a young growth company. However, with solid business fundamentals and resilient financials, the stock seems to be an attractive pick for retail investors.

Leading data storage and management company Pure Storage's (PSTG -2.12%) share prices jumped by over 25% after the company released a stronger-than-expected revenue and earnings performance in the second quarter of fiscal 2022 (ending Aug. 1, 2021). Revenue of $496.8 million beat the consensus estimate of $469 million, while adjusted earnings per share of $0.06 also surpassed consensus estimates of $0.05. The company's total customer count reached over 9,000, implying a year-over-year jump of 10%. Pure Storage's strategy to focus mostly on large enterprises also seems to be working: It currently serves half of the Fortune 500 companies, and it earns almost $100 million annually from its top 10 customers.

As the pace of global vaccinations picks up and people return to the office, there will be an increase in demand from enterprises for private and hybrid cloud services to handle sensitive workloads. Since flash storage scores better over traditional magnetic disks in terms of performance, space, and power footprint, customers are opting to build all-flash data centers.

The company has also been increasingly focusing on its "Pure as-a-Service" model (PaaS), which entails charging customers for data storage and management services based on usage, either on-premise or on the cloud. The company also offers Cloud Block Store services, which is a software-centric approach for clients to design hybrid clouds on top of the public cloud. In the second quarter, subscription services revenue grew 31% year over year, driven mainly by an almost-100% year-over-year jump in PaaS revenue. Currently, subscription services account for 35% of the company's total revenue -- but a shift toward a higher-margin subscription-based business model helped boost the company's gross margins to 70%-plus levels, in line with those of the majority of the software companies.

Despite its solid fundamentals, Pure Storage is trading at only 4.08 times trailing-12-month sales, which is more akin to the valuation of pure hardware players. Considering the ongoing digital transformation and the company's strength in the data storage segment, retail investors should be able to earn robust long-term returns from this stock. 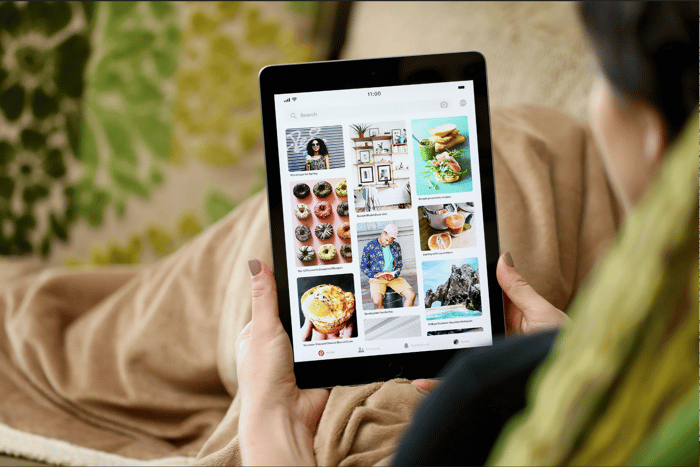 Since releasing its second-quarter results (ending June 30, 2021), visual search engine-based social media company Pinterest's (PINS -2.81%) share prices have tanked by over 25%. Although the company surpassed both revenue and earnings estimates, investors were spooked by a 24 million sequential decline in monthly active users (MAUs) to 454 million.

Despite this, there are still many positives in Pinterest's growth story. Much of the decline in the MAUs were associated with web users, but in both U.S. and international markets, the more engaged mobile app users actually grew year over year by more than 20%. Gen Z users, which are preferred by advertisers, also grew by double-digit percentages year over year in the second quarter. Pinterest also reported a 103% year-over-year jump in average revenue per user (ARPU) to $5.08 in the U.S., while ARPU in international markets soared 163% year over year to $0.36. There remains significant scope to further improve monetization in the international market.

Pinterest differentiates itself from other social media platforms with the high purchase intent of its user base. According to Sprout Social, 89% of users turn to Pinterest for purchase inspiration. Pinterest also collects first-party data about user preferences, which is then analyzed using artificial intelligence algorithms. The insights derived allow advertisers to craft effective targeted advertising strategies that don't feel intrusive to users. Pinterest claims that advertisements on its platform are 2.3 times more efficient in cost per conversion compared to advertisements on other social media platforms.

Pinterest is increasingly presenting a broader product portfolio to its user base, thanks to integrations with multiple e-commerce players. A larger selection of high-quality content will attract more purchase-motivated users, which in turn will bring more brands and marketers to the platform. This flywheel effect is expected to benefit Pinterest for many more years to come.

So despite the recent pullback, Pinterest's risk-reward proposition seems attractive for retail investors.

Is SoFi Stock a Buy Now?

2 Hypergrowth Tech Stocks to Buy in 2022 and Beyond

Is SoFi Stock a Buy After Record Earnings?