For many of China's biggest companies, 2021 is playing out like a disaster film. Back home, Beijing has cracked the whip on several industries, citing data security and antitrust issues. And in the U.S., regulators say they might delist Chinese companies that don't meet new disclosure rules.

In the meantime, prices for many Chinese stocks are plunging. Among the losers, the stock prices of tech giants Alibaba and JD.com are down over 40% from peak levels. Up-and-coming entertainment company Bilibili (NASDAQ:BILI) is doing even worse. The stock trades at $85 a share, down over 46% from 52-week highs set in February. 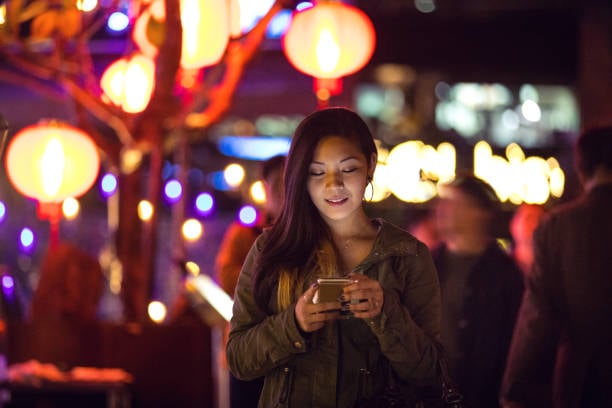 Investors who missed the boat last year -- when share prices of Bilibili jumped sixfold -- may be wondering if it's time to buy the dip. But first, they need to know where this company is headed.

Another solid quarter for Bilibili

Bilibili operates a video-sharing website themed around animation, comics, and games and includes some user-generated content. The company was on fire throughout 2020, delivering full-year revenue growth of 77%. This year is shaping up to be no different. Revenue hit a record 4.5 billion yuan ($695.7 million) in the second quarter of 2021, up 72% year over year.

Bilibili has also improved on the monetization front. Out of the 237 million MAUs, 8.8% spent money on Bilibili's platform, compared to 7.5% in the year-ago period. In other words, Bilibili's users are not only more engaged than ever -- they're more willing to spend money on premium services.

What's next for Bilibili?

Over the last few years, Bilibili has grown at a staggering pace. Revenue surged more than fourfold between 2017 and 2020, rising from 2.5 billion yuan ($386.5 million) to 12 billion yuan ($1.8 billion). But much suggests this incredible growth story is far from over.

For one, Bilibili has many levers to pull to grow sales. As it continues investing in quality paid and user-generated content, Bilibili will keep attracting new users. As this user base expands, Bilibili can roll out new products and services -- unlocking new sources of revenue. In fact, some of Bilibili's fastest-growing income streams -- such as live-streaming and e-commerce -- are also its newest.

So far, Bilibili has only monetized 8.8% of its MAUs. Just converting more of its existing 237 million MAUs into monthly paying users is an opportunity in itself.

By now, it's clear that Bilibili has bright long-term prospects. But in the near term, potential risks -- mainly on the regulatory front -- could impact the company's business model. For instance, Chinese authorities are imposing strict limits on the time kids can spend playing games. According to The Financial Times, Chinese children are now only allowed to play games for one hour each day on Fridays, weekends, and holidays. Needless to say, this will hurt Bilibili's video game business. And bear in mind that the regulatory crackdown is still ongoing. No one knows which company or sector Beijing will target next -- or how these yet-to-be-announced regulations or policies will impact Bilibili.

Is Bilibili cheap at this price?

At one point this year, Bilibili stock was trading at a whopping 31 times trailing-12-month sales. But after the recent sell-off, the stock is trading at just 13 times sales.

While this is a much more palatable valuation, it's by no means cheap. Especially when you consider that iQiyi -- one of Bilibili's main rivals -- trades at less than two times sales.

The bulls, of course, will argue that Bilibili's higher valuation makes sense as the company is growing much faster than iQiyi. But will investors always be willing to pay such a steep premium?

Bilibili continues to execute its growth strategies with near-perfection. The company is already one of the leading content platforms in China, but is still only in the early innings of growth.

Unfortunately, Bilibili's regulatory challenges are too daunting to ignore. And while it no longer sports a ludicrously high valuation, the stock remains expensive. As a result, its shares will probably remain under pressure for the time being.

With all this in mind, investors should consider investing in Bilibili only if they are prepared to hold for the long term -- and have some stomach for the volatility being generated right now among Chinese stocks.