The market has forgotten about these entertainment powerhouses.

Investors have enjoyed nice gains over the past five years. Since September 2016, the S&P 500 index has risen 106%, but it was certainly a bumpy ride.

There have been two notable dips in the market over the past five years. In late 2018, the S&P 500 fell 14.3% in the fourth quarter. The March 2020 crash at the start of the pandemic was pretty scary, as the index lost a quarter of its value in a mere three weeks. 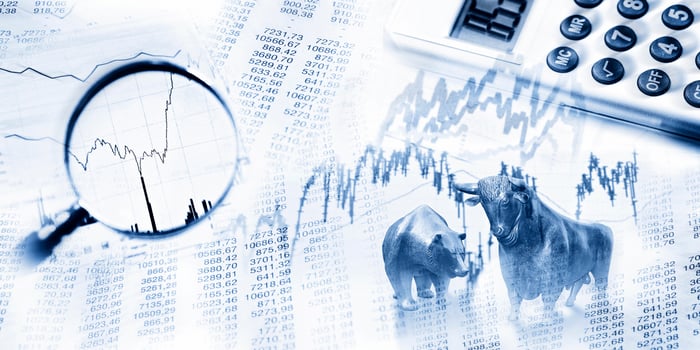 There's nothing wrong with buying stocks when they're hitting new highs, but investors who bought during both of those downturns have profited handsomely.

The growth of interactive entertainment has been a huge tailwind for this top game producer. A $10,000 investment in 2011 would now be worth $68,000, and the next decade could be equally rewarding.

In the near term, market participants are concerned about slowing growth as the spike in player engagement during the pandemic wears off. After growing bookings by 32% in 2020, Activision expects bookings to grow just 2.7% in 2021. The stock is currently down about 25% from its 52-week high.

In addition to slowing near-term growth, Activision has been challenged with a civil lawsuit from regulators alleging discrimination and harassment against female employees, but the recent sell-off seems more aligned with negative sentiment around the video game industry as a whole. It's worth noting that shares of Take-Two Interactive and Nintendo are also down this year, while Electronic Arts is roughly flat.

The recent dip is a great opportunity to buy a top video game stock ahead of several major releases over the next few years. Overwatch 2 and Diablo 4 should sell millions of copies upon release, given the popularity of those franchises. The company has already guided Call of Duty to a major turnaround, with the franchise bringing in $3 billion in bookings in 2020 alone. Management is looking to do the same with the rest of its gaming brands that currently entertain 408 million players every month. On top of that, Activision pays a dividend while you wait, with a current dividend yield of 0.6%.

Disney's stock price ended 2020 up 25%, even though its theme parks, which comprise half of its business, were mostly shut down because of the pandemic. Disney's parks, experiences, and products segment just reported its first quarterly profit since the pandemic began. With the stock currently down 9% from its 52-week high, this is a great time to think about buying shares before the parks segment fully recovers and pushes the stock even higher.

Demand is gradually returning at the theme parks, and management has implemented some recent changes that could improve traffic, guest satisfaction, and potentially raise profits in the long term. Disney Genie+ is a new digital service that will reduce waiting times and make planning a day at Disney World much easier. It's also good for shareholders, since Disney will charge extra for this service.

Meanwhile, Disney+, Hulu, and ESPN+ are growing rapidly, reaching nearly 174 million total subscribers in the most recent quarter. Disney+ ended the quarter with 116 million subscribers, more than double the 57 million in the year-ago quarter. It will surely keep growing, as Disney+ has yet to launch in many countries, including Thailand, South Korea, Taiwan, Hong Kong, and Eastern Europe.

Before Disney started ramping up content investment ahead of the launch of Disney+, earnings per share peaked at $8.36 in fiscal 2018. At a current share price of $186, the stock sells for 22 times that previous earnings watermark, which is a fair price to pay for this top entertainment stock with a bright future in streaming.