Born in a barn thirty years ago, this java company is brewing up a $3 billion public debut.

In a publicly traded coffee field dominated by a few big names like Starbucks (SBUX 1.62%) and previously independent Dunkin' Donuts (now a subsidiary of privately held Inspire Brands), a new player is about to emerge as Dutch Bros. Coffee is now lining up its IPO. Evolving from a coffee machine in an Oregon dairy barn to a pushcart to more than 470 current locations, the chain filed with the Securities and Exchange Commission (SEC) on Sept. 7 to go public. It remains to be seen if it can turn its positives into a successful, publicly traded stock and perhaps challenge Starbucks for market share east of the Mississippi.

Here are three important takeaways from its IPO filing along with history for potential investors to consider.

The company, which will trade on the New York Stock Exchange (NYSE) under the ticker "BROS," plans to sell approximately 21 million shares of Class A common stock at its IPO. Three other classes of stock, B, C, and D shares, will bring the total number of shares outstanding to approximately 165.1 million, however. With an expected IPO price of $18 to $20 per share, initial valuation will be between $2.97 billion and $3.3 billion for the company, assuming all estimates are correct. 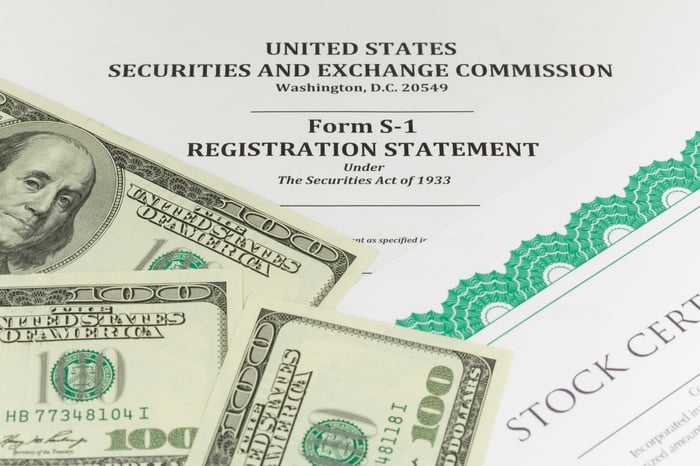 Class A shares will carry one vote each, while the other classes will provide between 3 and 10 votes per share. While the exact details will vary depending on whether underwriters actually exercise their right to buy additional shares, founder and Executive Chairman Travis Boersma will hold around 74.4% of the voting power provided by the various types of shares. Investment firms backing the IPO will hold 22.2% of voting power, which accounts for all but 3.4% of total shareholder voting power. At this point, Boersma will remain firmly in control of the company.

2. The company is growing fast and has laid the groundwork for future growth

In addition to its approximately $100 million IPO, the company has been growing steadily and strongly for years. It has seen same-store sales grow through the pandemic at a rate of 2%. Other growth figures include a 16% compound annual growth rate (CAGR) in new outlet openings from 2018 through 2020. Over the same period, revenue expanded at a 33% CAGR, while year-over-year, company-operated shop revenue for full-year 2020 surged 61% to $244.5 million. Total revenue, including franchising, rose 37.3%.

Expenses rose sharply during 2020, too, reducing the company's bottom line and leading to only $6.6 million in 2020 net income compared to $28.5 million a year earlier. However, as the company points out in its prospectus, "the increase [in expenses] was primarily driven by increased above-shop headcount spending to support aggressive future growth." The company is working to improve its customer loyalty program, a key element of its business, according to a letter from Travis Boersma. He also says that limiting new franchises to existing, proven franchisees is a crucial part of the company's strategy, before adding, "welcome aboard, fasten your seatbelt -- we're on a rocket ship and I wouldn't have it any other way."

3. The coffee market is mostly, but not entirely, favorable

In many ways, Dutch Bros. may have picked a good time to go public. IPOs seem to be popular investment targets since the start of the IPO craze in late 2020 as COVID-19's initial impact started receding. Starbucks is expected to see sales increase as workers and students return to physical locations rather than remote workspaces, and the same trend will likely benefit Dutch Bros.

The coffee market is growing fast. Coffee sales overall may grow at a 5.1% CAGR from 2021 through 2028, according to a study by Growth Market Reports. Notably, this includes all types of coffee, including bagged and pod coffee sold in supermarkets. Zeroing in on the direct-to-consumer coffee market where Dutch Bros. operates, worldwide growth is expected to be much higher. Direct-to-consumer coffee is expected to soar at a 15.3% CAGR between 2020 and 2027, according to research by Astute Analytica. Dutch Bros. will be one of the companies positioned to scoop up profits from this growth, which is expected to reach 139 kilotons of coffee sold and have an opportunity of $1.56 billion by 2027.

One potential warning note comes from surging coffee commodity prices. Frosts and other meteorological mayhem in Brazil, plus shipment backups caused by Columbian political turmoil, sent coffee prices to their highest level in seven years. While this could cut into Dutch Bros.' profits initially, the problems are temporary and shouldn't affect its long-term potential.

Who will brew the most success?

With Dutch Bros. having just 477 locations in America versus Starbucks' over 15,000, there's little chance the energetic upstart will put even a tiny dent in Starbucks' sales for the foreseeable future. Investors in Starbucks can rest easy knowing that competitive pressure from the upcoming IPO won't affect their stock's price, sales, or market share for many years.

Dutch Bros. still looks like a bullish investment on its own terms, however. For Fools seeking a plucky, growing underdog among restaurant stocks, this dynamic IPO in a swiftly increasing market looks like a potentially good choice.