Canada-based Canopy Growth (NASDAQ:CGC) has been one of investors' all-time favorite pot stocks. The company earned itself an early mover advantage in Canada after it entered the medical cannabis market in the fourth quarter of fiscal 2016. But many external headwinds (lack of legal stores, illicit market sales, regulatory approvals, and more) in Canada pulled down the company's revenue. It has also not succeeded in achieving positive earnings before interest, tax, depreciation, and amortization (EBITDA) yet.

Its partnership deal with U.S. beverage giant Constellation Brands in 2018 was a highlight of the industry and has kept its balance sheet fortified while other Canadian companies struggled. But has this benefited Canopy's quarterly numbers in any way? Let's dive into its first-quarter (ended June 30) results to find out. 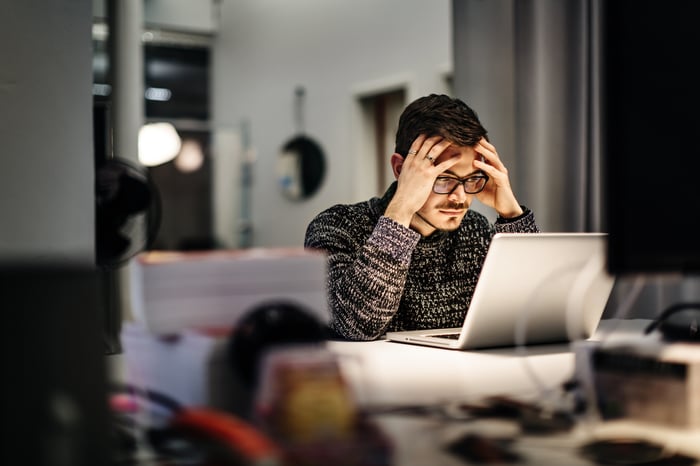 Revenue is growing but is insufficient to bring in profits

Unlike peer Aurora Cannabis, Canopy has been successfully growing its revenue. But the revenue growth isn't enough to draw in profits. Its recent first-quarter net revenue came in at 136 million Canadian dollars, marking 23% growth year over year. All of the company's segments except international markets showed good growth compared with the year-ago period. Management stated the recreational market suffered some setbacks due to lockdowns in a few of the provinces, but this segment still saw growth.

The company expanded its portfolio of cannabis derivatives (additional recreational products that Canada legalized in October 2019) in the first quarter of fiscal 2022. That included tetrahydrocannabinol (THC, the psychoactive component in cannabis) beverages named Tweed Iced Tea and Tweed Fizz seltzer, shipping in the current quarter. It launched Tweed Strawberry gummies in Ontario in Q4 2021, which has led the company to the "No. 2 market share in the total gummy category in Canada," according to management. It also launched a few more edibles under the Ace Valley brand in the first quarter.

Customers will likely see additional products in this vein, as Canopy plans to double its assortment of beverages and gummies on the market in the coming months. Management expects the acquisition of Ontario-based cannabis brand Ace Valley and Toronto-based Supreme Cannabis to make positive contributions over the coming quarters. Both acquisitions were completed this year.

Many were excited to see a net profit of CA$390 million in the first-quarter earnings. However, management stated that this profit was driven by "other income totaling CA$581 million during Q1 2022 primarily attributable to non-cash fair value changes of CA$601 million." The Canadian marijuana companies report using International Financial Reporting Standards (IFRS). They often have to make accounting adjustments for their inventories, which then leads to the company reporting a "profit" that might not be real.

However, the company did manage to lower its selling, general, and administrative expenses to CA$112 million from CA$135 million in the year-ago period. This dip in expenses led to a lower EBITDA loss in the quarter -- CA$64 million, versus $92 million in Q1 2021. Management reassured shareholders that the company is on track to accelerate revenue growth to achieve positive adjusted EBITDA by the end of fiscal 2022. The target is achievable if management is able to continue lowering its expenses and growing its earnings.

Canopy's management has high hopes for the U.S. cannabis market, where it plans to expand with two of its partners, Constellation and Acreage Holdings. The deal with U.S.-based hemp company Acreage will not be finalized until legalization happens federally, and while prospects for that are rising, it is still a long shot.

I have always favored Canopy because I believed in its potential of bouncing back. But this high dependency on the U.S. market might change my mind. I agree it has some strong partners in the U.S. to establish a market presence. But when the U.S. legalizes marijuana, the domestic operators will be the first to gain from it. Multi-state operators like Trulieve Cannabis, Green Thumb Industries, and Cresco Labs are already in good financial standing to take advantage of a federally legal market.

To match up to such competition, Canopy will have to be profitable even before it enters the U.S. market. And to do so, it has to focus on growing its revenue in its home markets. Canopy is putting in a lot of effort, unlike peer Aurora Cannabis, whose promises are vague. But I am afraid Canopy's efforts also aren't enough to turn around its fate in another two years.

For investors who are still interested in Canadian pot stocks, Tilray would be a good choice for the long term. So far this year, Tilray's stock has gained 61%, while Canopy's shares are down 31%. Meanwhile, industry benchmark the Horizons Marijuana Life Sciences ETF has gained 9% in the same period. 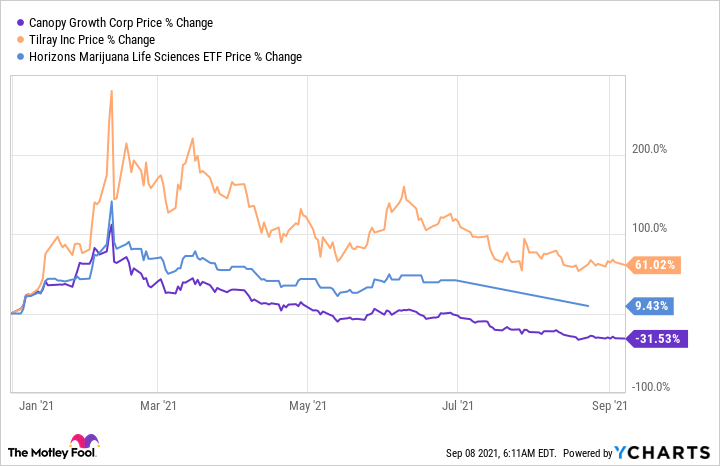 Tilray's fourth-quarter (ended May 31) earnings were impressive. After its merger with Aphria, the company is stronger and more ready to expand in both Canada and the U.S. markets. While all hope for Canopy might not be completely lost, there are certainly better cannabis companies for your portfolio in Canada and beyond. With state legalization ramping up, the U.S. cannabis stocks are a better pick right now compared with Canopy Growth.