The company released data for two drug programs and missed its goals on both.

Shares of MiMedx Group (MDXG -2.57%) are down more than 60% as of 12:15 p.m. EDT today after a pair of clinical trials failed to demonstrate their intended benefits.

The first was a phase 2b study to treat knee osteoarthritis (KOA). The study will officially conclude in October. But the 446 patients enrolled did not produce a statistically significant difference between those treated with the company's product and those treated with a placebo. There was also no statistically significant difference between a cohort of patients evaluated at the three-month or six-month end point. 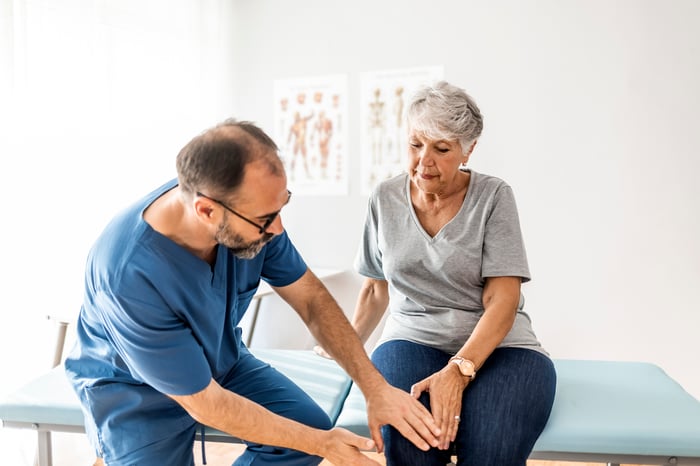 The second disappointment was a phase 3 trial for the treatment of plantar fasciiitis (PF). In the trial, patients treated with the MiMedx product and a placebo demonstrated the same improvements. Without a difference, there is no evidence the treatment works.

After the data, management has decided to shelve the PF trials. It will instead focus its efforts on additional analysis and a phase 3 study of the KOA treatment.

Despite not meeting its primary end points, the KOA study did show some differentiation in efficacy between patient cohorts. The company will meet with the Food and Drug Administration to chart a path forward for confirmatory studies.

Management said it now expects a pair of phase 3 studies will be required prior to filing for approval. Before today's news, MiMedx had estimated the application would be made in late 2024 or early 2025. That plan likely just got delayed, a lot more expensive, or both.