New, fast-growing companies are exciting. That's why initial public offerings get so much attention. The possibility of buying stock early in a huge winner is a story everyone wants to be a part of. But that excitement can mask a more obvious way to build wealth.

Steady, reliable companies with great management can keep delivering for decades after the buzz of an IPO is gone. And unlike newly public companies, there are years of performance to judge.

That's why we asked three Fool.com contributors which companies they thought were great to buy and hold for the long term. They chose Booking Holdings (BKNG 1.22%), Ollie's Bargain Outlet Holdings (OLLI 0.03%), and Activision Blizzard (ATVI 0.76%). Here's why. 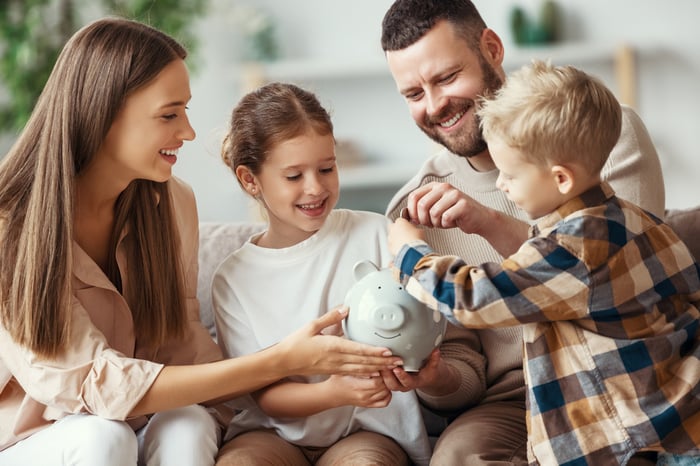 A dip that should end up being temporary

Jason Hawthorne (Booking Holdings): Travel reservation services under the Booking Holdings umbrella allow consumers to set up accommodations, transportation, and other activities through its various branded sites. The most famous in the U.S. is Priceline.com. In Europe it's Booking.com. Although the pandemic upended its long-term financial trends, the dip is likely to be temporary.

It seems the tide is finally starting to turn in the fight against COVID-19. There is improvement when you dig into the company's most recent quarter, too. Room nights were down 26% compared to 2019. But that was a lot better than the 54% drop in the previous quarter. On the conference call, CEO Glenn Fogel said the company expected the next quarter to be much closer to 2019 levels. In fact, he said at the beginning of August the company had more gross bookings for the remainder of the summer than it did in 2019. He did offer a caveat that the current bookings are more refundable and able to be canceled. Still, many experts believe it will be years before travel and leisure trends are back at pre-pandemic levels. If Fogel is right, that timeline could change.

Patient investors should be rewarded. Through 2019, Booking put up 10-year revenue growth of 20% and earnings-per-share growth of 27%. It built more than 40% market share in the online travel agency segment. That produced the kind of stock performance investors dream of. Shares rose 840% in the decade, although shareholders shouldn't expect that kind of return going forward. There is room for the company to continue taking share in the fragmented, $2.4 trillion leisure travel market.

Short-term volatility is distracting from the long-term potential

Jon Quast (Ollie's): Discount retailer Ollie's Bargain Outlet isn't exactly having a great year so far in 2021. Through the first half of 2021, net sales are down 1% year over year and earnings per share have fallen 33%. Of course, as an essential retailer, Ollie's had a record year last year because of the coronavirus-related lockdowns while some competing retailers were closed. So it's naturally challenging to repeat last year's success now that the retail landscape has somewhat normalized.

Ollie's stock trades where it did way back in 2018 and is down 34% from its all-time high as of this writing. Needless to say, it's been rough for shareholders. However, I think the market is under-appreciating its long-term potential. Here are three reasons why Ollie's can still be a great buy for those willing to keep holding for the long term.

First, remember how fast Ollie's is expanding. In the second quarter, the company surpassed 400 locations. This year it expects it will open 46 to 47 new locations total, with another 50 to 55 next year. Management plans to keep opening stores at a strong pace until it reaches over 1,050 nationwide. This is a big goal.

Second, Ollie's isn't expanding in hopes of gaining profitability with scale, the company is solidly profitable right now. In the first half of 2021, its net profit margin is over 10%. Most brick-and-mortar retailers would love that kind of margin. As sales grow with more locations, profits should continue to go up as well. Consider that this value stock trades at just 24 times trailing earnings and it will only get cheaper as profits rise.

Finally, Ollie's should keep rewarding shareholders with excess cash. Over the last few months, the company has repurchased roughly $50 million in stock and has plans to repurchase about $150 million more. With ongoing profits, over $444 million in cash, and less than $1 million in long-term debt, there's no reason why management won't keep returning cash to shareholders.

Ollie's stock might not necessarily be a market-crushing investment from here. But there are few companies that offer this kind of long-term upside potential with little downside risk.

Growth for interactive entertainment is just getting started

Keith Noonan (Activision Blizzard): If you had to rank the companies that had the biggest impact on the evolution of interactive entertainment over the last couple decades, Activision Blizzard would undoubtedly deserve a spot at the top of the list. Between its Activision, King Digital, and Blizzard publishing wings, the company is responsible for some of the medium's biggest hits, and it's one of the few players in the industry that's capable of serving up consistent wins across console, PC, and mobile platforms.

Take a second to dwell on the fact that annual releases in Activision Blizzard's Call of Duty franchise accounted for seven out of 10 of the last decade's best-selling games. In 2020, the company released a brand new installment in the series and also an updated, remade version of a previous franchise classic. Want to guess which gaming property nabbed the No. 1 and No. 2 spots on the North American sales charts last year? I'm begging the question here, but the answer is Call of Duty.

Even better, Activision Blizzard has managed to bridge the franchise into new distribution methods that have dramatically expanded its overall audience. Call of Duty: Warzone is free to download on PC and console platforms, while Call of Duty: Mobile is freely available to smart phone and tablet owners. Each game generates revenue through the optional sale of in-game items and upgrades, and Activision has managed to score incredible wins in the free-to-play category without diluting the power of its mainline console and PC releases. Tracking from NetBet suggests Call of Duty: Warzone is generating roughly $5.2 million in average daily sales, and CoD: Mobile has also been an incredible hit.

As impressive as all of that is, the kicker is that Activision Blizzard is so much more than just Call of Duty. The company is also responsible for properties including Candy Crush Saga, World of Warcraft, and Diablo, among many others, and its impressive management and history of execution suggests it should be able to continue serving up big wins across multiple properties.