I hate to disappoint the masses, but Dogecoin actually has fundamental value.

It's always better to be smart than ignorant, but sometimes you need to plain lucky. Let's say an investor, Claudia, had an emergency fund handy during the height of the pandemic last April and had the liberty of using her first $1,200 stimulus check for investment purposes. Not knowing a thing about Dogecoin (DOGE 1.40%), or what it does, she moves all-in. In hindsight, her courage paid off as Claudia's meme purchase would have turned into a stunning $168,240 as of today, and it would've been more than double that amount if she had cashed out during last May's highs.

So, what made this meme cryptocurrency -- that started as a joke -- gain so much? And more importantly, is Dogecoin's meteoric rise a harbinger of what's to come?

Cryptocurrencies are more like cyberorganisms in that they are constantly evolving. Just because Dogecoin started out as a meme does not mean it has to, or will, always remain that way. Let's look past the fear, uncertainty, and doubt -- known in the cryptocurrency world as FUD -- surrounding the iconic Shiba Inu cryptocurrency and see why it could be a sound investment. 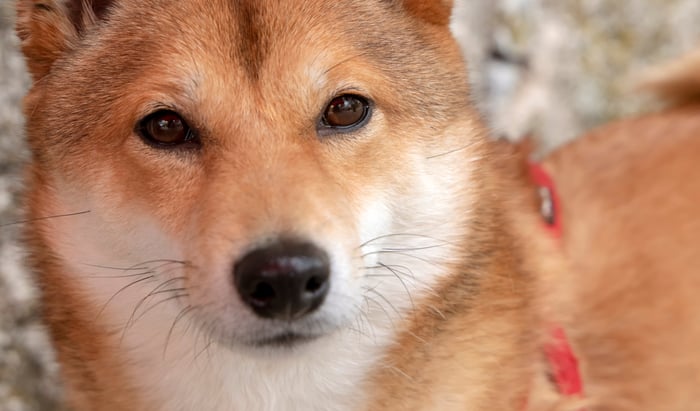 Last month, both Tesla's CEO Elon Musk, fondly called "the Dogefather" by Dogecoin fans on Twitter, and billionaire owner of the Dallas Mavericks Mark Cuban, claimed that Dogecoin is the "strongest" cryptocurrency as a medium of exchange. By the way, Cuban's NBA team also accepts Dogecoin as payment for tickets and merchandise. Three years ago, only about 154 merchants around the world accepted Dogecoin as payment. That number has risen to 1,662 as of September, with 70% of businesses coming from outside the U.S.

That is way short of Bitcoin (BTC -0.31%), which is accepted by 7,440 merchants around the world. However, do note that adoption isn't the biggest reason why Dogecoin is a solid buy. After all, competitor Litecoin (LTC -1.53%) has a far smaller market cap but a greater number of businesses accepting it -- over 3,000, in fact.

To understand why Dogecoin has value, we must first understand the current state of the cryptocurrency ecosystem. Miners play an essential role in validating transactions for proof-of-work networks like Bitcoin, but their equipment consumes a lot of electricity and is harmful to the environment, especially if it's a coal-fired plant producing the electricity.

The solution for many in the cryptocurrency community is to develop proof-of-stake networks and simply have coin owners themselves validate transactions. However, such a setup would completely destroy the livelihood of miners.

So here comes Dogecoin doggy paddling its way to the rescue. Every DOGE transaction consumes less than 0.01697% of what it takes to send Bitcoin from one address to another. This is because the cryptography used in Dogecoin is less complex than that of Bitcoin, taking less computational power to validate transactions. In addition, the network became intertwined with that of Litecoin early on in its development, so miners who mine LTC can also simultaneously mine DOGE.

What's more, DOGE has an inflationary supply, with 5 billion new DOGE introduced each year to its already existing supply of 131.1 billion. Thus, it ensures miners always secure ample rewards for their role in validating transactions. All it takes is for net capital inflow to surpass that inflationary benchmark for the coin's value to appreciate.

In the end, its network created an ecosystem friendly to all participants, miners, users, and the environment. What's more, due to endorsements from celebrities such as Musk, Dogecoin has had a higher rate of adoption than other under-the-radar cryptocurrencies that could accomplish the same task.

Dogecoin's biggest bullish catalyst is the reestablishment of a central development team. Notable members include Vitalik Buterin, the founder of Ethereum, who joined The Dogecoin Foundation's board of directors last month. The Dogecoin Foundation was founded in 2014 but dissolved over the years as developers lost interest in the project. It's now making a comeback.

In the near future, the Dogecoin network could encounter new protocol upgrades such as smart-contract functionality, which will enable it to rival that of Ethereum and Bitcoin after the latter's taproot upgrade. On Sept. 3, Elon Musk backed a major network upgrade that increased its security and reduced transaction fess.

Overall, Dogecoin has its paws rooted firmly in a unique niche, and it remains a solid investment over a two-year horizon. Even though that situation might change, the return of developers would ensure that the network can innovate itself and solve new blockchain issues. But do know that the perfect time to go all in on the cryptocurrency ended a while ago.