A clinical failure is sending shareholders to the exits this morning.

Shares of the specialty biopharmaceutical company RedHill Biopharma (RDHL -4.96%) are down by an eye-popping 33% as of 10:53 a.m. EDT Tuesday morning. The drugmaker's stock is tanking today in response to the performance of opaganib, a sphingosine kinase-2 selective inhibitor, which failed to hit its primary endpoint in a phase 2/3 trial as a treatment for hospitalized patients with severe COVID-19 pneumonia.

Interestingly, the market appears to have anticipated this clinical failure, as evinced by RedHill's steady decline over the course of the past week. The company's stock, in fact, has now shed almost half of its value since Sept. 8. 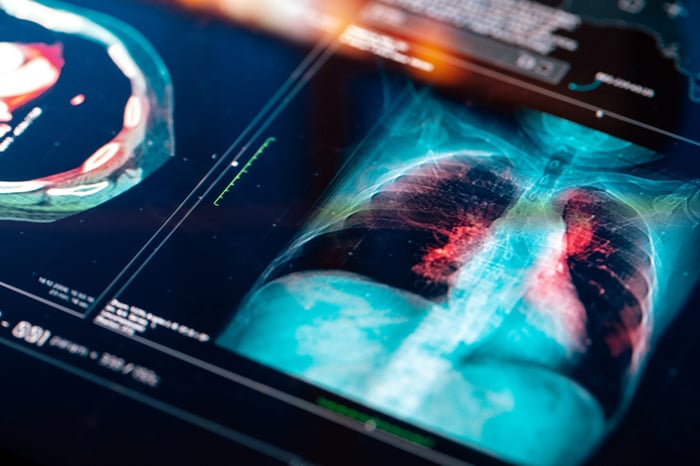 While opaganib's COVID-19 indication probably wasn't going to be a huge moneymaker for RedHill (analysts expected roughly $200 million to $300 million at the peak from this indication), this sizable market may have had enough juice to transform the company into a profitable operation perhaps as soon as next year. What's important to understand is that Wall Street currently expects RedHill to be cash-flow negative until at least 2023 despite having three gastroenterology-focused medicines on the market.

Is RedHill's stock worth picking up on this latest pullback? There is a lot to like about this small-cap pharma stock, especially at these bargain-basement levels. RedHill's gastroenterology franchise -- consisting of Talicia for Helicobacter pylori infection, Movantik for opioid-induced constipation in adults, and Aemcolo for travelers' diarrhea in adults -- could garner sales in excess of $1 billion before the end of the decade. That's an enormous potential revenue stream for a healthcare company with a market cap of less than $250 million.

All told, RedHill's stock is likely to take a while to turn into a consistent winner. But there is enough latent value hidden within this tiny drugmaker to merit a deeper dive by healthcare investors with a long-term outlook.