With the stock market persistently moving higher, these two companies are solid bargains as 2022 comes into view.

The S&P 500 stock market index has delivered strong returns of approximately 20% year to date, and it has done so with a remarkable lack of volatility. There hasn't been a single 10% correction so far this year, so investors haven't been presented with any significant dips as buying opportunities.

With just a few months remaining until we ring in the new year, it's time to start thinking about an investing strategy for 2022. Since the market is hovering near all-time highs, investors can benefit from being more selective as many of the popular high-flying growth stocks already look expensive.

These two profitable companies are being overlooked by the market, and they could be perfect picks to supercharge your returns starting next year.

Semiconductor shortages have been a dominant concern for key industries like automotive manufacturing throughout 2021 as they've caused major production delays. Consumers who have tried to purchase a new car this year might have noticed the lack of inventory at their local dealerships and the soaring prices in the used car market.

New cars keep getting smarter, and they require more processing power as a result to facilitate their digital features.

Cohu (COHU 0.64%) is a semiconductor-service company that provides essential testing and handling equipment to the world's largest semiconductor producers, and it has pivoted its focus to its automotive-related product line to help alleviate the industry's supply issues. The company recently revealed this strategy continues to attract new customers.

While Cohu has increased its revenue at a quick pace over the last five years, growth is accelerating sharply this year, which highlights the booming demand for its products and services.

A consensus is emerging that the semiconductor shortage will continue into 2022, so Cohu will be able to continue adding to its customer list as producers try to increase manufacturing capacity to meet demand. With analysts expecting $3.05 in earnings per share for the company this year, the stock trades at a multiple of just 11.2 times.

Compared to the iShares Semiconductor ETF's earnings multiple of 37.3, Cohu looks like an excellent value. Its share price would need to triple with no change to its bottom line in order to align with the valuations of its industry peers.

But the company is also expected to generate over $3.00 in earnings per share in 2022. Its prospects are bullish enough that one prominent Wall Street analyst predicts the stock could rise to $65 -- a gain of over 90% from today's price. 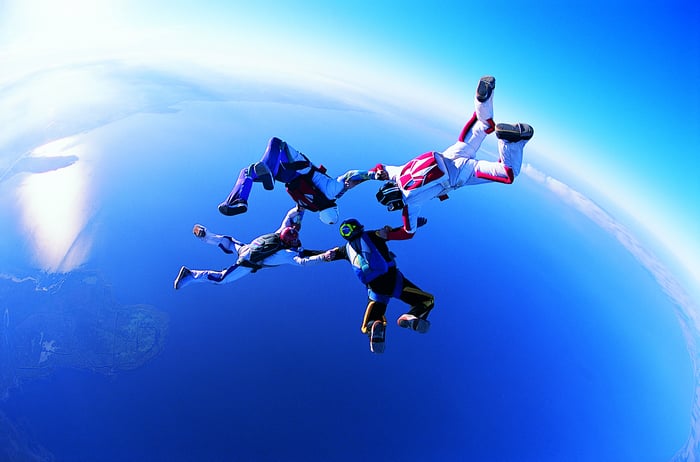 Many investors have forgotten about GoPro (GPRO 2.30%), and it's no surprise given the stock has fallen over 85% since 2014, its debut year as a public company. Despite being the leader in the action camera industry, investors perceived GoPro as too one-dimensional with limited growth prospects.

But that has changed recently with several new initiatives announced since 2020 to turn the company around. Rather than selling all of its cameras at a wholesale rate through retail channels, it built a direct-to-consumer business on its website. GoPro.com accounted for over 50% of sales in the trailing 12 months, and in the second quarter, gross margin expanded 950 basis points year over year to 39.8%, making the company more profitable.

Another big contributor to profitability is GoPro's new subscription business, which delivers a gross margin in the range of 70% to 80%.

Customers loyal to the GoPro brand can subscribe for $49.99 per year to unlock a range of exclusive benefits, including product discounts, unlimited cloud storage for videos, and replacement cameras in the event of damage. The initiative has been incredibly successful and could generate $90 million in recurring revenue in 2022 -- most of which will be gross profit.

GoPro is heading into the quieter fall and winter months in the U.S. and European markets, but regardless, Asia Pacific has recently become the fastest-growing region for the company. This will be important to watch as we enter 2022, since that region will be in the more active summer season.

Analysts predict GoPro will deliver $0.76 in earnings per share for 2021, so the stock can be bought now at a multiple of just 12.3. For a company on the upswing with impressive growth, the current stock price will likely be a bargain, in retrospect, as we move through the new year.

Bear Market Jitters? 1 Growth Stock to Buy, and 1 to Avoid.

3 Semiconductor Growth Stocks That Have Soared This Month