Founder-led Pinterest is beloved by its customers and employees alike.

Founded in 2008, San Francisco-based Pinterest (PINS -2.81%) has seen a rapid ascension to its current $35 billion market capitalization, having more than doubled from its initial public offering in 2019. However, in the last two months, the company watched its share price drop by over 25%, despite growing revenue by 125% year over year during the second quarter.

Ultimately, I believe this sell-off appears to be short-sighted, as Pinterest's underlying intangibles and immense brand power are stronger than ever. These intangibles, paired with the companies quickly expanding average revenue per user (ARPU), make it an interesting investment trading at a reduced price. 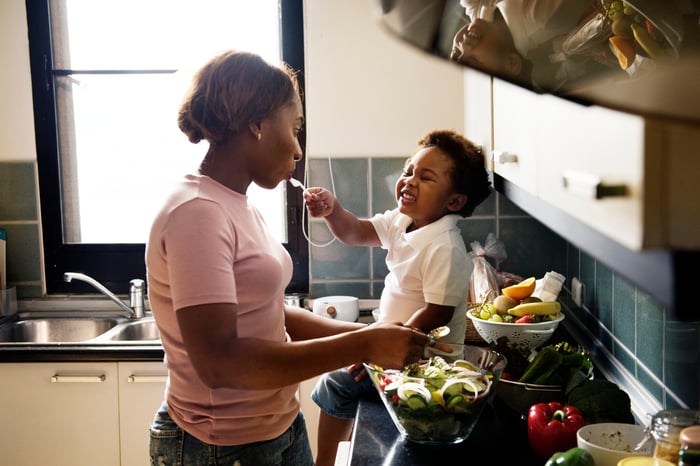 With over 450 million monthly active users (MAUs), Pinterest has become the go-to source for inspiration as these Pinners use the company's visual discovery engine to curate a nearly infinite number of interests. In fact, according to a Pinterest ads manager report, 95% of Pinners say they receive inspiration from the company, highlighting the value Pinners receive from browsing through topics of their interest. This perceived value can clearly be seen through Pinterest's net promoter score (NPS) of 53, which quantifies whether or not the company's customers would recommend using the product by placing it on a scale between -100 to 100. Thanks to this NPS of 53, Pinterest ranked at 47th on Comparably's list of Top 100 Brands for 2021, placing it above peers YouTube (owned by Alphabet's Google) and Twitter (TWTR), which were ranked 75th and 90th, respectively. This love of Pinterest's products by its users gives advertisers a unique insight into what its potential customers find to be truly inspirational.

In addition to the love from its users, Pinterest also receives 4.1 stars out of five from its employees on Glassdoor, where anything above four stars is quite exceptional. Furthermore, co-founder, President, and CEO Ben Silberman owns an 88% approval rating from his employees on Glassdoor, demonstrating that Pinterest's mission "to help empower people to discover things they love and inspire them to go do those things in real life" resonates throughout the organization.

While these intangibles across the company's operations make for a unique investment opportunity alone, Pinterest is still in the early stages of its growth runway.

Despite having 363 million international MAUs compared to 91 million in the United States, Pinterest still generated over 75% of its revenue from its home country during the second quarter. This discrepancy stems from the large difference between the U.S. and international ARPU, which are $5.08 and $0.36, respectively. This metric shows the massive opportunity remaining for Pinterest globally, as it looks to build off of international's 227% revenue growth from Q2.

Since Pinterest only began running ads in the most recent quarter in major markets like Mexico and Brazil, it is almost too early to tell just how much these ARPUs could expand internationally. However, as the company extends its reach into Latin America and the Asia-Pacific region, it is well within reason to expect the international unit to overtake the U.S. in terms of revenue over the next few years.

All in all, Pinterest's brand power, both with its users and its advertisers, makes it a compelling investment opportunity, acting as a matchmaker between the consumer and seller parties. As CFO Todd Morgenfield explained during the second-quarter earnings call, "They're looking -- they don't yet know what they want, but they're effectively shopping. They're looking for new ideas, considering those ideas and eventually purchasing them."

As we advance, I will be watching the gap between the U.S. and international ARPUs, as any continued improvement internationally could represent massive profitability for investors further down the road.