Can you count on this popular decentralized exchange?

Uniswap (UNI -2.40%) has become a leading decentralized finance (DeFi) protocol and the 11th largest cryptocurrency globally, even though it's been just one year since its launch on the Ethereum blockchain. What's more, during that period, its UNI tokens boasted a 5,957% return to investors. As a result, its market cap is nearing $16 billion.

The tokens' fundamental value has been catching up to expectations as well. Currently, coin holders have an estimated $6.41 billion in total value locked (TVL), meaning cryptocurrencies, pledged in smart contracts, on the network's protocol. So can you count on Uniswap as a safe way to add muscle to your portfolio? 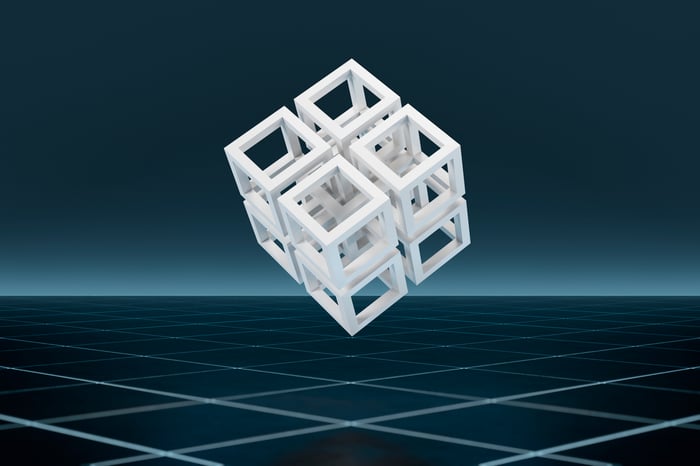 Uniswap is a decentralized exchange (DEX) that allows investors to swap up to 444 coins and 943 crypto-crypto trading pairs freely. It is extremely popular in the U.S. due to a unique set of financial regulations prohibiting access to altcoin trading on fiat-crypto gateway exchanges, which allow investors to buy and sell cryptocurrencies for fiat money like the U.S. dollar. Hence, the only alternative involves buying coins on Coinbase or Binance.us, transferring them to their wallets, and then connecting those wallets to DeFi protocols like Uniswap to exchange them for altcoins. Developers only create the software that powers Uniswap while users retain the custody of their assets in their wallets, thereby enabling it to bypass most regulations.

In the past 12 months, Uniswap has facilitated $386 billion worth of trades and 61 million transactions. Because it's built on the Ethereum blockchain, users also need ETH to use the exchange to pay for transaction fees.

But the exchange's coolest feature is probably that of liquidity pools. Users connect their wallets to Uniswap, and enter their cryptocurrencies into smart contracts for lockup to provide liquidity for obscure asset-trading pairs. In exchange, they receive a 0.3% commission on each trade made by other participants. Furthermore, decentralized liquidity providers from other protocols can access Uniswap pools to offer their clients the best prices on trades.

Not in a vacuum

As interesting as Uniswap may seem, it's essential to understand that other decentralized exchanges provide the same functionality as Uniswap, if not better. For example, PancakeSwap (CRYPTO: CAKE) offers 1,650 coins and 8,793 trading pairs on its platform. In addition to providing liquidity, users who stake their CAKE can earn rewards issued by developers of other blockchains for advertising or launching their tokens on PancakeSwap, for as high as 85% compounded yields per year. This is because there are often very few users when blockchains first launch, so developers issue a large number of tokens as rewards to incentivize early adoption. Blockchain security firm CertiK audits the platform. Furthermore, PancakeSwap has roughly the same total value locked as Uniswap but only trades at a $4.9 billion market cap.

Almost all decentralized exchanges have their fair share of regulatory problems, but this is one area that Uniswap beats its competitor PancakeSwap, which is built on the Binance Smart Chain (BSC) instead of Ethereum's ERC-20, and therefore is tied to the woes of its parent exchange Binance.

Banks and countries worldwide are delisting Uniswap due to the lack of ability to regulate its ultra-leveraged margin trading products. And as the largest DEX operating on BSC, PancakeSwap could face a great deal of scrutiny as well.

In the end, Uniswap is definitely the more overvalued but safer and still fast-growing DEX, and I would recommend that investors check it out.

Millionaires Are Scooping Up These Two Surprising Cryptos. Should You?

Is Now the Time to Buy Uniswap?

Is It Finally Time to Buy This Crypto Unicorn?

Could These 3 Cryptocurrencies Continue to Outperform Bitcoin and Ethereum?
376%