GoPro seems to have found its niche in action cameras, but are there any growth opportunities ahead?

GoPro (GPRO -2.63%) has been through its share of struggles since becoming a public company in 2014. The company failed to move into media, crashed in the drone market, and hasn't been able to turn 360-degree video cameras into a meaningful business.

Along the way, the company has had challenges with inventory, pricing, and of course the ever-improving cameras sitting in our pockets every day in smartphones. But GoPro seems to have found a niche it can win in and keeps incrementally improving its product, as we see with the HERO10 Black camera announced this week. But does that make it a decent stock to own for the long term? 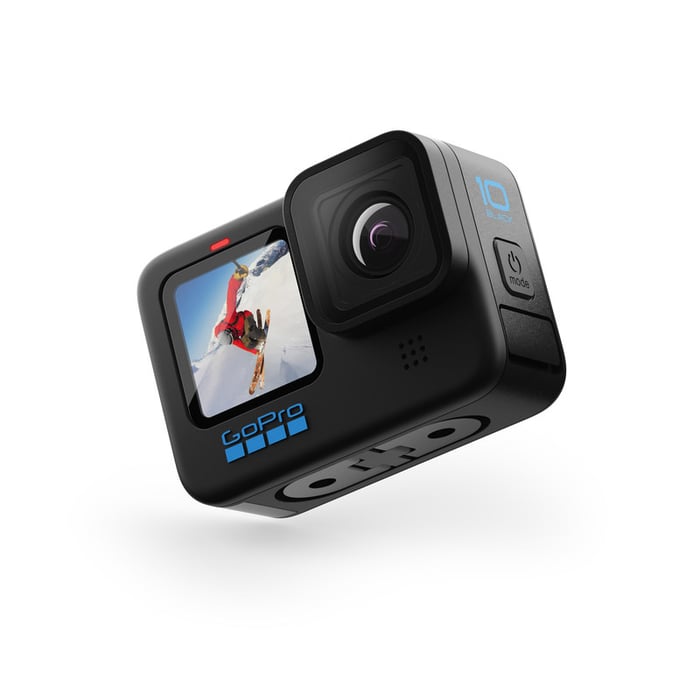 You can see in the chart below that GoPro's revenue has trended lower over the last four years, but the company's net income has risen steadily. The simple reason for this is that GoPro has stopped trying to grow at all costs and is focusing on growing in the niches where it can be profitable. 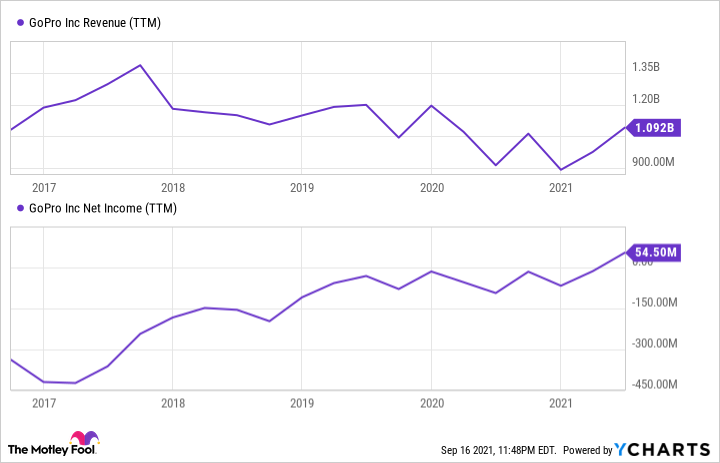 Not only are the margins on cameras getting better as GoPro incentivizes customers to buy direct, but the company is also now adding subscription services that can be sold at a high margin. Cloud storage, editing tools, and even improved accessories have made subscription products attractive to GoPro power users.

As great as this business transformation has been, it has limitations. If GoPro can't increase sales volume and revenue, it'll have limits on how much money it can make. And with shares trading at 29 times trailing earnings, this isn't exactly a value stock today if the company is shrinking.

Where can GoPro grow?

GoPro has found a niche that it can make money on, but as a public company with a 29x P/E ratio, it needs to find ways to grow. We know the media business has failed, drones didn't work out, and I don't see 360-degree cameras being a big market given the competition in the space.

A natural fit could be wearables, specifically wearable glasses. Snap (SNAP -0.43%) and Facebook (META -0.19%) have already announced glasses with cameras, but they're trying to tie those into their own social networks. GoPro could be a glasses/camera company that's content-distribution agnostic. And as a niche supplier, it wouldn't have to be limited to the form factors that fit the masses and could cater to extreme sports.

The beauty of GoPro's products has always been the ability to strap them in a place where cameras can't usually go in order to capture amazing points of view. What better place to capture video and images than from the point of view of a real person?

Speculating on new products may seem frivolous, but in GoPro's case, investors need to see a path toward growth to be bullish on the stock. And with so many failures in the past, GoPro needs something new to excite customers, or eventually its cameras will be made obsolete by more versatile devices, like smartphones.

Is GoPro a buy today?

The reality today is that GoPro is not a long-term growth stock, and it's hard to make the argument that it's a value for investors, even if it's now profitable. I like the move to more recurring subscription revenue and a general shift toward higher-margin power users, rather than a focus on volume growth, but there are limits to a business serving a niche market.

Where I see less opportunity is in GoPro finding a path to growing beyond the HERO line of action cameras. I think wearables could be a good market, but GoPro has failed to enter adjacent markets in the past, so there's no guarantee it'll succeed in any market outside its current niche.

Until GoPro shows the ability to grow its product line and consistently increase revenue, this is a stock I'll stay out of. There are signs of hope for the company, but not enough to make me bullish on the stock for the long term.