As the semiconductor shortage looks set to drag into 2022, Axcelis Technologies is presented with a sustained growth opportunity.

The iShares Semiconductor ETF (SOXX 0.18%), which is representative of the industry's performance, has risen 69% over the last 12 months in a remarkable acceleration over the five-year average of 38%. The strong year is attributable to a semiconductor supply shortage caused by pandemic-related disruptions to the manufacturing process, which has boosted prices and profit margins.

Investors wondering how to benefit from this might be interested in Axcelis Technologies (ACLS 0.31%), a semiconductor service powerhouse delivering stellar growth. This stock could supercharge your portfolio for the rest of 2021 and beyond.

Axcelis' growth has an automotive component

Of all the industries hurt by semiconductor supply shortages, the automotive manufacturing industry has been the hardest hit. The effects have flowed to the consumer, with new car prices soaring as dealership inventories have fallen by as much as 80%.

Conditions have become so difficult that just 38% of consumers thought it was a good time to buy a car in the most recent survey of consumer sentiment, conducted by the University of Michigan. That's the lowest reading in 12 months, far below last year's highs.

Axcelis is playing a critical role in alleviating the pressure on semiconductor producers by ramping up the availability of its key equipment, namely from its Purion line of ion implanters, which are specifically designed for the chips used in the automotive sector. As cars become more advanced and electric vehicles rise in popularity, this segment of Axcelis' business, known as power devices, will grow as a share of total revenue.

In the recent second quarter, Axcelis generated over $100 million in systems revenue (which includes power devices) for the first time since 2004, a sign of surging demand among semiconductor producers to expand manufacturing capacity. 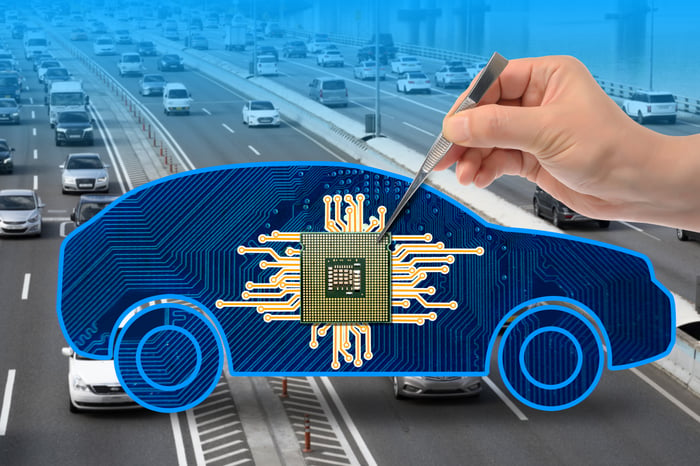 On top of a strong second-quarter result, Axcelis increased its revenue guidance for the full year 2021, as it anticipates even greater demand for its products and services than it originally expected at the beginning of the year.

The result is an acceleration compared to already strong growth rates in previous years.

But more important for investors, Axcelis is a profitable company. It generated $0.50 in earnings per share in 2019, and that's expected to grow almost 400% in 2021 to $2.46, according to analysts. It delivered $1.03 in earnings per share in the first half of 2021 already, and management expects Axcelis' performance to accelerate in the remainder of this year.

2022 could be even better, as many large automotive manufacturers expect the semiconductor supply shortage to persist well into the new year, which should offer a sustained boost to Axcelis' business as producers continue to expand capacity.

Of the six Wall Street analysts that cover Axcelis, every single one has placed a buy rating on the stock. Their consensus price target of $57.17 represents a 17% upside from here, but the Street-high target sits at $65, which would be a 33% gain from today's price.

However, 2022 could deliver upside revisions to those price targets, as the company is expected to generate over $3 per share in earnings. While it might be too early to know exactly how next year will play out (especially in this uncertain environment), if Axcelis delivers on that prediction, the stock could have significant growth potential.

At a stock price of $48.88 and $3 per share in earnings, that's a price-to-earnings multiple of 16. Compared to the iShares Semiconductor ETF mentioned earlier, which has traded at a P/E of 37 for most of this year, Axcelis' stock price would need to more than double to align with its peers on a valuation basis.

Of course, the stock market is not always perfect at assigning value to companies, but however we look at it, Axcelis has a strong upside case from here.