The U.S. equity market is encountering some turbulence in the form of worrisome inflation metrics, supply chain disruptions, rising COVID-19 cases, and loss of faith in the government's monetary and fiscal policy. According to a new survey from IHS Markit, US equity investors' risk appetite has now reached its lowest in the last year.

However, this period of increased volatility and low investor confidence can also prove to be an opportunity for long-term stock pickers to pick up shares of high-growth companies at fair prices. Digital Turbine (NASDAQ:APPS) and Bandwidth (NASDAQ:BAND) are two stocks that are trading at a significant discount to their consensus target price. 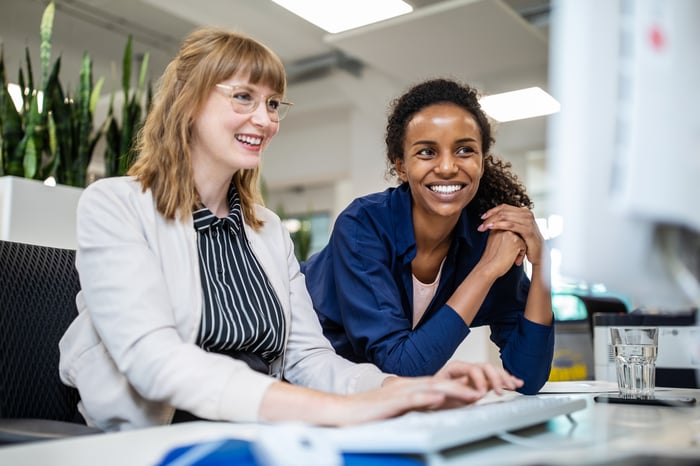 Digital Turbine's shares are currently down by around 35% from the all-time high set in early March. Its stock has been plagued by concerns related to the company's growth-by-acquisition strategy and subsequent rise in debt and reduction in cash on its balance sheet, increasing competition from Facebook and Alphabet's Google in the mobile advertising space, and excessive reliance on Google's Android platform. Despite these challenges, Wall Street sees almost 73% upside in the stock, and for several good reasons.

For a long time, Digital Turbine's core business relied on preinstalling apps on mobile phones of new buyers. However, several targeted acquisitions later, the company has dramatically expanded its portfolio offerings in areas such as content discovery and mobile advertising. The company is increasingly bringing in recurring revenue streams, which implies higher top-line visibility.

Digital Turbine's software is currently installed on more than 700 million Android smartphones in the world. The company's SingleTap Installs technology (which allows users to install apps seen in advertisements with a single tap while bypassing the Google Play store) has been instrumental in streamlining app installation. This coupled with the company's broad installed base has meant a 600% year-over-year jump in SingleTap revenue in the first quarter ended June 30, 2021.

Considering that Digital Turbine has penetrated less than 20% of the global Android smartphone market, there is still significant headway for further expansion. The company has partnered with TikTok to be the preferred distributor for preloading the app on new smartphones in Latin America and North America. It has also expanded its relationship with Samsung to introduce SingleTap functionality on its installed device base. The company sees this as a broad opportunity and plans to introduce even more products on Samsung devices.

In 2021, Digital Turbine made several acquisitions, including demand-side platform Appreciate, mobile advertising monetization platform Fyber N.V., and in-app brand marketplace AdColony. After these deals, the company is well-positioned to leverage the mobile advertising opportunity, a global market estimated to grow from $340 billion in 2021 to over $540 billion in 2025. 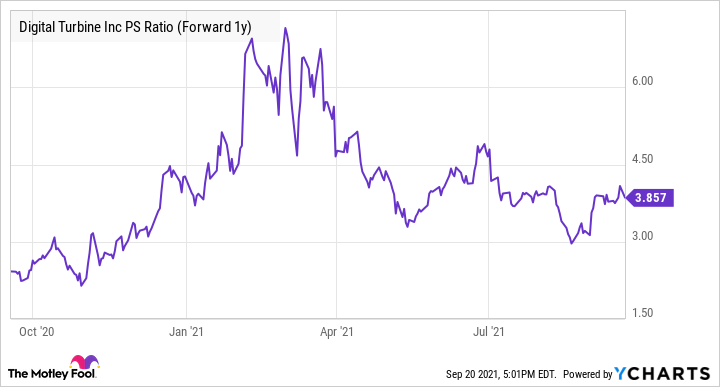 Yet, the company is trading at forward price-to-sales (P/S) multiple of 3.8, significantly lower than its valuation in early 2021. Considering its robust financials, solid growth prospects, and reasonable valuation, Digital Turbine can prove to be a winning stock for retail investors in 2021.

Shares of Bandwidth are down by over 30% so far this year, mainly on concerns about the overall growth prospects of the communications-platform-as-a-service (CPaaS) sector. The steep pullback, however, is not well justified. The company, which focuses exclusively on enabling text and voice communication within applications, has consistently reported over 35% year-over-year revenue growth in the past few quarters. Wall Street also sees almost 59% upside potential in this stock.

Bandwidth's market share of 6.5% pales in comparison to Twilio's 38% share. However, the former differentiates itself by operating its own nationwide IP voice network, which means more control on quality, pricing, and delivery. The company scores points over the majority of competitors in terms of more affordable usage-based pricing. With several big clients such as Google, Microsoft, and Zoom, Bandwidth is well-positioned to capture more share in the CPaaS market, which is estimated to grow from $5 billion in 2021 to $14 billion in 2025.

The recent financial performance of Bandwidth has been quite impressive. In the second quarter (ended June 30, 2021), the company's revenue was up 57% year over year to $120.7 million. This was driven by a 61% year-over-year jump in customer count to 3,051. These numbers also include the impact of the recent acquisition of Europe-focused CPaaS player, Voxbone. The deal has now expanded the company's presence across more than 60 countries.

Bandwidth also reported a healthy dollar-based net retention rate of 114%, which implies that existing customers spent 14% more on Bandwidth's offerings as compared to the same quarter of the previous year. Bandwidth is also profitable on an adjusted EBITDA and non-GAAP net income basis, which is impressive for an early-stage, high-growth company.

Despite the many pros, the company is trading at only 5.7 times trailing-12-month sales, significantly lower than Twilio, which is trading at about 28 times sales. While the latter commands a premium multiple owing to its market-leading position, the current gap in valuations of these companies seems a bit too large. Against the backdrop of strong growth prospects and potential multiple expansions, I think that Bandwidth will prove itself a smart pick for retail investors.